Banky W, Chidinma Feature Nollywood Stars in A New Video“All I want is you’’ 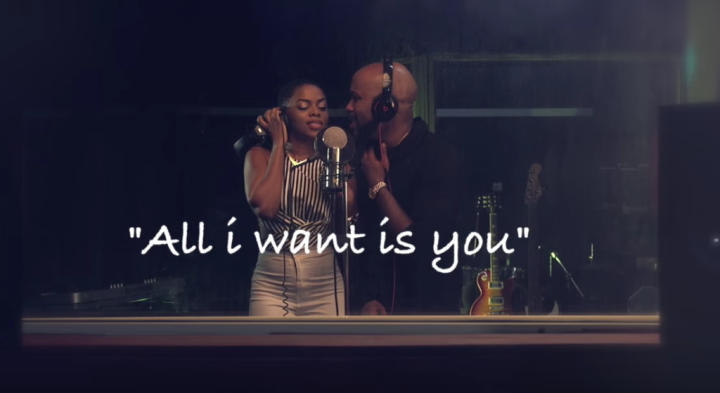 Banky W and Chidinma in “All I want is you” (Photo: Internet)

Nigerian music artists Banky W and Miss Kedike have released a new video titled “All I want is you”.
Olubankole Wellington referred as Banky W and Chidinma Ekile also known as Miss kekide said that the music is a modern day Nigerian Love story.
The artist played the characters of falling for each other, despite the disapproval of her parents.
In a statement, Banky W underscored the need to fall for the right person adding that all a man need is a good wife material that can look after a home.
“It shows how far one can go to fight for the chance to love and believing that love is supreme.
In the video, Nollywood icon, Zack Orji and Onyeka Onwenu played the role of a respectable parent who didn’t want their daughter to marry due to tribalism.
Banky W said the video was shot in Lagos and was written, produced and directed by him for EME / TILT Productions.
Miss Kedike became known after she won the season three of the MTN Project Fame West Africa.
Aside from being an MTN Ambassador, she has also featured in more than 10 songs and she won the 2013 Nigeria Music Video Awards (NMVA).
She has also won the best Female West African Act in the song “Kekide” in 2012.
Aside being a musician, Banky W, established the Empire Mates Entertainment (EME) record label as a medium to get his music to his fan.
He has featured in so many nominations and awards where the bagged the best R&B singer in the male category, Best Music Video in the 2010 people Entertainment Awards.