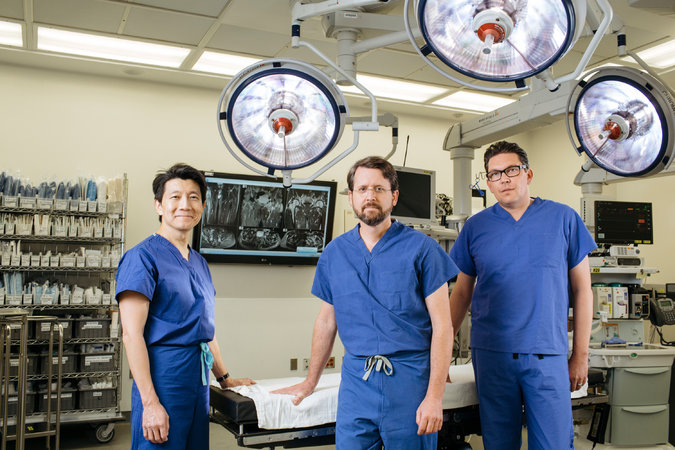 The United States is set to conduct its first penis transplant on a U.S. soldier who was wounded in an explosion.

The operation which would take place at the Johns Hopkins Hospital, Baltimore, Maryland, could open the way for about 60 other servicemen with genital injuries to have their surgery.

The recipient, who was not identified, lost most of his penis and had substantial groin injuries in a bomb explosion during his deployment overseas.

Media reports however said that he was wounded in Afghanistan.

Surgeons hope that a donated organ from a recently deceased man would provide full function including urination, sensation and sex.

The surgery required joining of nerves and blood vessels under a microscope.

The surgery which could occur in the coming weeks already had doctors looking for a donor who is a good match in terms of age and skin color.

The donor’s family would give permission for the penis to be removed.

Doctors and advocates who worked with wounded soldiers noted that the loss of the penis was one of the most emotionally traumatic injuries.

This is because it affected a sense of identity and manhood, especially for men hoping to become fathers.

Dr Richard Redett, a plastic surgeon at Johns Hopkins Hospital who would help perform the operation, said that it made a lot of sense considering the sacrifice that the soldiers had made for the country.

He said the veteran needed to have not just his penis replaced,, but also the scrotum, part of the abdominal wall, groin tissue and part of the inner thigh.

There have been two penis transplants in the world. The first one which was in China in 2006 was unsuccessful.

The second penis transplant took place in South Africa in 2014 and it was a success.

Commenting, Thor Wold, who served as a Marine medic in the Iraq war, said that after suffering genital injuries servicemen immediately wanted to know if they would still have sexual function.

Experts said that the penis transplant did not involve the testes, where sperm are produced.

If a man with a transplanted penis fathered a child, the baby would be his genetic offspring, not the donor’s.

While for now, only wounded veterans are being considered for penis transplants, the surgery could eventually be performed on men with birth defects and transgender men and women.

from: Reuters/News Agency of Nigeria