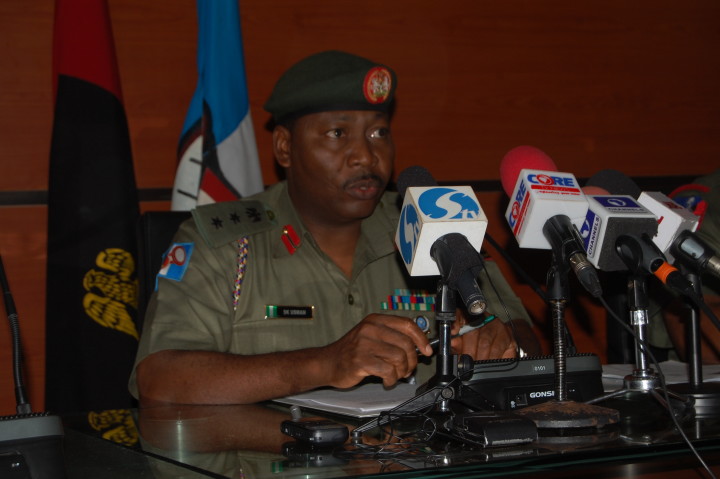 The Nigerian Army said on Wednesday that it had deployed its newly acquired hi-tech mine clearing equipment in the ongoing military operation against Boko Haram in the North East.

This is contained in a statement issued by Acting Army spokesman, Col. Sani Usman, on update of the counter-insurgency.

Usman said other supporting weapons and ammunitions had also been launched in the ongoing operations across the area.

He said the commissioned equipment were the first mine clearing machines in the inventory of the Nigerian Army and among the best in the world.

The army spokesman said the introduction of new equipment for the northeast operation had begun to yield results.

Usman disclosed that Nigerian troops in joint operation with their Cameroonian counterparts had destroyed many of the insurgents hideout around Bank-Kumashe axis.

He said several suspected insurgents were killed in the particular operation while different kinds of items were recovered.

According to Usman, 150 persons, mainly children, were rescued at Kodo community in Borno by troops in the ongoing offensive against the insurgents.

He said the Chief of Army Staff, Lt.-Gen. Tukur Butatai, while taking briefs from field officers at the command and control centre in Maiduguri, commended the efforts of the troops.

The News Agency of Nigeria (NAN) reports that Buratai is visiting front-line troops in the northeast.