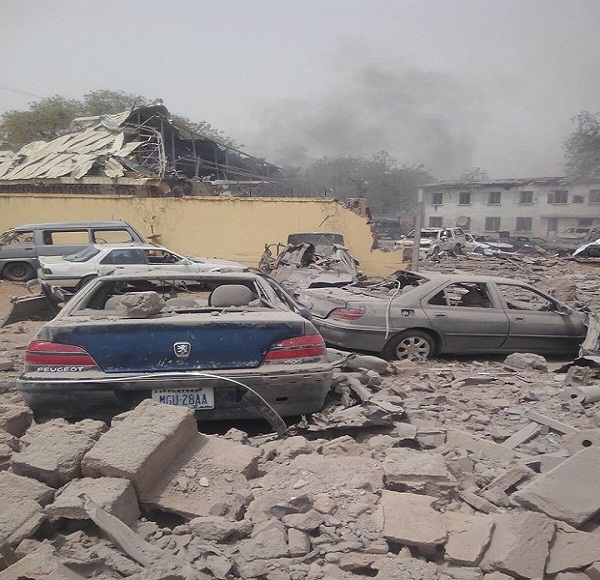 Destroyed Vehicles at the scene of the explosion

Three persons including an Assistant Superintendent of Police were killed and 38 others injured as a result of a bomb explosion at the anti-bomb unit of the state Police Divisional Command.

The explosive were evacuated recently from some insurgency affected areas and dumped at the anti-bomb unit for recorded taking before the destruction.

The Adamawa State Emergency Management Agency, SEMA has also clarified on the incident, Secretary of the agency, Mr. Haruna Fura, described it as an armory explosion which immediately caused the building to erupt in flames. He also confirmed that the explosion was an accidental detonation not a Boko Haram attack. 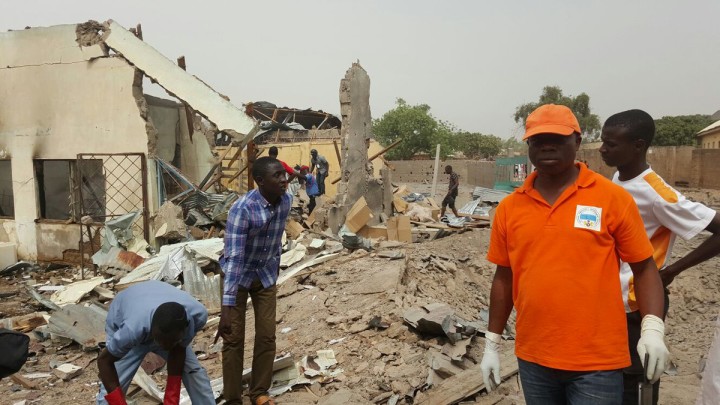 The injured persons were taken to the state Specialist Hospital for medical attention, adding that the possibility of deaths being recorded from the explosion cannot be ruled out.