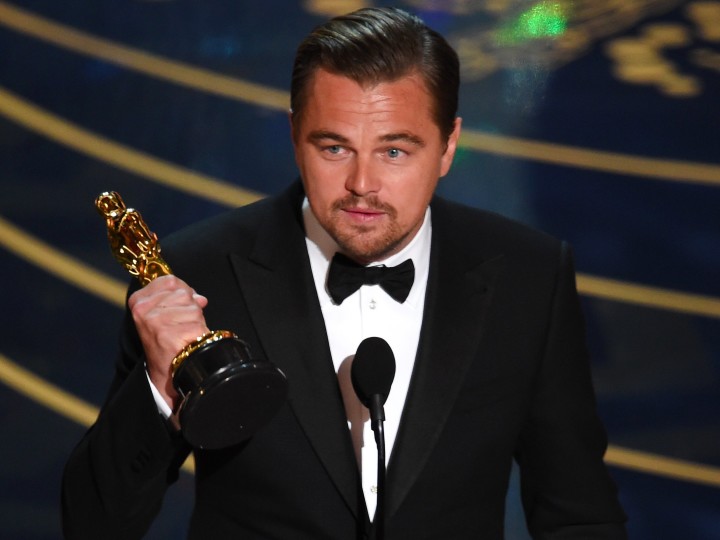 Leonardo DiCaprio has finally won his first Oscar award, for his role in the revenge movie “The Revenant” as best actor in 2016.

This came 23 years after the actor was first nominated for the Oscars.

DiCaprio, 41, had been nominated four times previously for an acting Oscar over a career spanning 25 years. He was the favorite to clinch the Academy Award this year for his grueling portrayal of a fur trapper left for dead in an icy wilderness after being mauled by a bear.

In a fight for survival, his “Revenant” character Hugh Glass treks through snow-covered forests, gets swept away in a waterfall, sleeps inside the carcass of a disemboweled horse and hungrily eats raw bison liver before making it back to his camp.

DiCaprio, a bachelor with a string of supermodel girlfriends, has matured into one of the world’s most admired and popular actors, as well as a champion of environmental causes ranging from marine reserves to the rights of indigenous people.

In his acceptance speech, DiCaprio, who received a standing ovation, said: “Let us not take this planet for granted. I do not take tonight for granted.”

DiCaprio added: “Our production needed to move to the southern tip of this planet to find snow. Climate change is real, it is happening now. It is the most urgent threat facing our entire species and we need to work collectively together, and we need to support leaders around the world who do not speak for the big polluters and the big corporations but who speak for all of humanity.”

DiCaprio had already won Golden Globe and Screen Actors Guild trophies for the role, which transformed the heartthrob from movies like “Titanic” and “Romeo + Juliet” into a greasy-haired 1820s fur trapper who barely speaks after the bear ripped his throat.

DiCaprio won his first Oscar nomination in 1994 for his supporting role as a mentally challenged boy in “What’s Eating Gilbert Grape.”

His romantic “Romeo + Juliet” and “Titanic” roles went unrecognized by the Academy of Motion Picture Arts and Sciences, and it was another 10 years before his obsessive-compulsive Howard Hughes in “The Aviator” brought a second Oscar nomination.

Nominations for 2006’s “Blood Diamond” and 2013’s “The Wolf of Wall Street” came and went without DiCaprio taking home the most coveted trophy in show business.