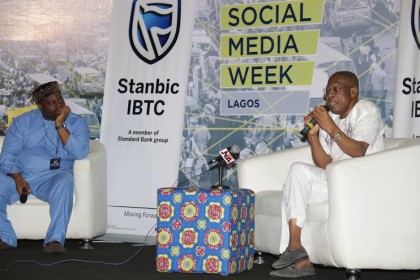 The Minister of Information and Culture, Alhaji Lai Mohammed, has assured that the Federal Government will partner with the youths to ensure the actualization of their God-given potentials.

The Minister gave the assurance on Friday night when he formally declared close the 4th edition of the annual Social Media Week, held at the Landmark Centre in Lagos.

”In our efforts to diversify our economy away from oil, I am confident that we have great options in the creative industry and the infinite possibilities that an empowered young Nigerian can spin. We will partner with the youths to make it possible for them to actualize their dreams,” he said.

Alhaji Mohammed said there is no better platform than the Social Media Week, which has garnered 5 million mentions on social media, and attracted 30,000 people, in addition to 500 speakers, over four years, to engage with the youths who, he said, formed the vanguard of those who helped to bring about the much-needed change in the country.

”In this respect, we hope to play a more active role in subsequent editions (of the Social Media Week),” he said.

The Minister, who also fielded questions from the audience on issues ranging from Boko Haram to tourism and the country’s image, congratulated the organizers of the gathering that provides the ideas, trends, insights and inspiration to help people and businesses understand how to achieve more in a hyper-connected world.

Earlier, while welcoming the Minister, the Convener of the Lagos Social Media Week, Mr. Obi Asika, expressed the hope that the Federal Government would collaborate with the organizers to ensure that the 5th edition, to be held in 2017, is even bigger than the previous editions.

According to the organizers, the annual event features a central stage for keynotes and panels, multiple rooms for workshops, masterclasses and presentations, and an area dedicated to co-working, networking and interactive installations.

Participants come from all over Africa and elsewhere around the world to explore a wide range of topics like education, business, entertainment, technology, art, banking and politics.