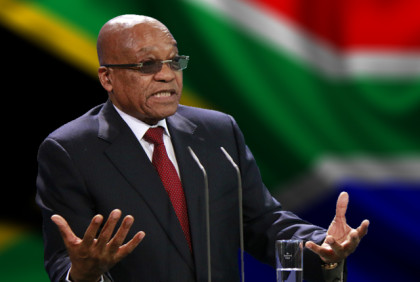 The PwC Global Economic Crime Survey report reveals that South African organisations had the highest rate of economic crime in the world over the last two years.

Some of the most alarming statistics include at least 69 per cent of organisations reporting being victims of economic crime, while 32 per cent had experienced cybercrime and 70 per cent of survey respondents viewed local law enforcement as inadequately resourced to fight economic crime.

“When compared to the global statistic of 36 per cent, we are faced with the stark reality that economic crime is at a pandemic level in South Africa. No sector or region is immune from economic crime,” said Strydom.

In South Africa, 232 organisations from a broad spectrum of industries took part.

Conducted biennially, the main aim of the survey is to inform business leaders about developments in the continuously changing landscape of economic crime and to encourage debate around strategic and emerging issues in this sphere.

Asset misappropriation remained the most prevalent form of economic crime reported by 68 per cent of respondents.
It was followed by procurement fraud at 41 per cent and bribery and corruption at 37 per cent.

Cybercrime has risen to fourth – up two places since 2014 – with 32 per cent of South African organisations affected, on par with the global average.

Local businesses are paying a heavy price with almost a fifth of local respondents reported to have experienced losses of between 100,000 dollars and one million dollars to economic crime.

One in four indicated having suffered losses of more than one million dollars.

More than half of organisations believed it was ‘likely’ that they would experience bribery and corruption and cybercrime within the next two years.

More than a third of financial services respondents that had undergone inspections by regulators had to address major findings.

Overall, the reports found that business detection and response plans were not keeping pace with the level and range of threats now facing organisations.