FG Committed To Meeting 2017 Deadline For Digital Switch Over – Minister

The Minister of Information and Culture, Alhaji Lai Mohammed, has assured of the Federal Government’s commitment to meeting the June 2017 deadline for the country’s Digital Switch Over (DSO) in broadcasting. 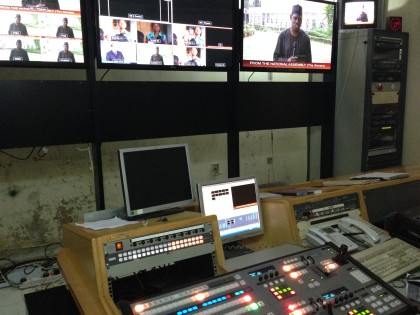 The Minister gave the assurance in Jos on Friday at a meeting with stakeholders in the Digital Switch Over (DSO), preparatory to the launch of the pilot scheme in Plateau State.

Alhaji Mohammed said the Digital Switch Over is a unique opportunity for the country to increase the provision of television and radio channels and enhance the quality of signals as well as the local content, which in turn will contribute significantly to the nation’s economy.

“Digital compression allows more channels to be transmitted with better image quality, good sound and improved interactive applications. I am informed that about eight times as many channels can be broadcast with the same amount of transmission capacity as is currently used for one analogue channel.

“In addition, the switch off of the analogue signal will result in a large increase in the supply of television channels available to viewers, with viewers receiving 30+ digital channels instead of 4-5 analogue ones

”Nigeria currently has 20 million TV households, and Digital Switch Over (DSO) will make the country the biggest free-to-air market in Africa and indeed the world, and a host of value added services such as news, information and video on demand. Also, bandwidth will be freed up for other uses,” the Minister said.

While enumerating the ripple effect of the Digital Switch Over on the nation’s economy, Alhaji Mohammed said 5,000 direct jobs will be created for young engineers and technicians and another 10,000 jobs from small scale entrepreneurs and technicians who will start up distribution and retail outlets throughout the 774 local government areas.

“More creative hands will be required to create the 24/7 content needed to operate the digital television channels, thus leading to the creation and spring-up of new TV content producers and artists. The Digital Switch Over (DSO) will also allow Nollywood producers to monetise their movies directly to 20 Million TV households in Nigeria at the same time, and this will solve the problem of distribution and piracy,” he said.

In addition, the Minister said software developers can also cash in on the situation to create applications that can sit on the Set Top Box for the provision of interactive services.

Alhaji Mohammed, who was conducted round the digital transmission system by Mr. Rotimi Salami, the General Manager of Integrated Television Services, expressed delight that the Digital Switch Over (DSO) will create another window of opportunity for the government to directly interact with the citizens.

In his vote of thanks, the Acting Director General of the Nigerian Television Authority (NTA), Mr. Philip Ofoegbu, commended the Minister’s determination to ensure that Nigeria meet the Digital Switch Over (DSO) target this time around, after missing the deadline twice.

He lauded the partnership between NTA and StarTimes of China which, he said, is facilitating the digitization process.