The Economic and Financial Crimes Commission, EFCC, on March 8, 2016 presented another witness, Alhaji Suraju Ahmadu, in the ongoing trial of Alhaji Sule Lamido, erstwhile governor of Jigawa State, who is being prosecuted by the Commission on a 27-count charge bordering on abuse of office and money laundering before Justice Adeniyi Ademola of the Federal High Court Maitama, Abuja. 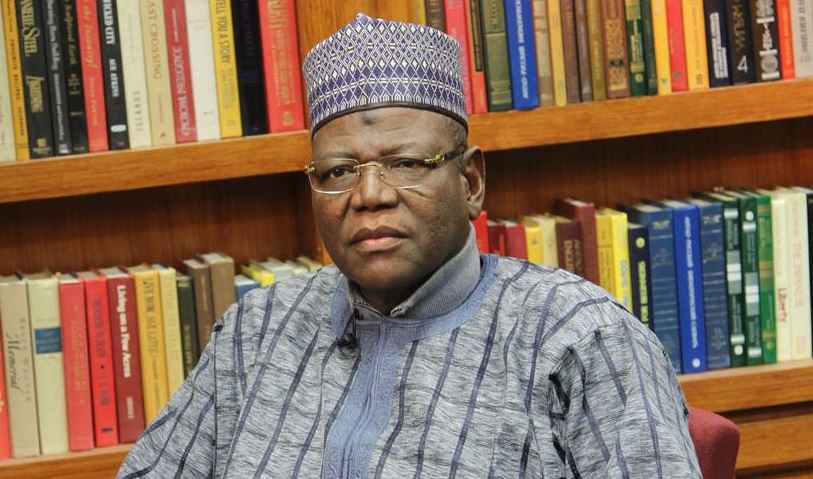 Lamido, who is being prosecuted alongside his two sons, Aminu and Mustapha, and two others, allegedly abused his position as governor between 2007 and 2015 by awarding contracts to companies where he had interest, using his two sons as fronts.

The former governor was equally alleged to have collected kickbacks from contractors in the state, with the funds allegedly paid into accounts that were managed by his sons.

Ahmadu, who testified as PW12, while being led in evidence by Chile Okoroma, counsel to EFCC, told the court that, he knew Lamido, his sons and Aminu Wada Abubakar (fourth defendant) very well.

Ahmadu, who is the Chief Executive Officer, CEO, Rauda Integrated Services Limited denied executing any contracts in Jigawa State aside the construction of a hospital, a staff quarters, as well as the deployment of motorized boreholes providing solar energy in Jigawa State.

He further denied authorizing any other person to take decisions regarding the company on his behalf.
It would be recalled that, a witness, Joy Isen, had on Wednesday, February 10, 2016 presented to the court, account opening packages and statements of account of Dantata and Sawoe Construction Company, Interior Woodworks Limited and Rauda Integrated Services Limited which were admitted in evidence as exhibits EFCC 28a-p, EFCC 29, EFCC 30 and EFCC 31
When shown the documents today, Ahmadu denied knowledge of it and how they came to be.
The witness further told the court that, the documents he was shown were markedly different from his company documents.

The prosecution counsel then presented invoices used in the execution of different contracts which noticeably had the same invoice number – Exhibit 46, a, d and f. He also presented an invoice booklet with invoice numbers in ascending order which the witness identified as genuine documents for his own company.

This booklet was admitted in evidence by the court as Exhibit 47.
However, under cross-examination, Ahmadu stated that, there were no financial transactions between him and the 3rd defendant, Mustapha Sule Lamido, aside the sale of his Prudent Bank (now Skye Bank) shares valued at a total of N5.8million, and the purchase of a N2.4million Honda Accord from the defendant.

Agbi, SAN, however picked hole in Ahmadu’s two statements previously rendered to the EFCC on April 29, 2014 and August 4, 2015, where alleged that the shares sold were Inland Bank shares – totaling N10million, and the car purchased was at a sum of N2.5million.
Attempts by the prosecution counsel to further clarify on the matter led to a ‘technicality-battle’ between the two counsels as the defence posits that the witness’ testimony was not ambiguous.

Both statements were admitted by the court as Exhibits 50 and 51.

Thereafter, Justice Ademola adjourned the matter to March 9, 2016 for ruling on the issue of re-examination by the prosecution and further hearing.