Saraki to ACF: For National Stability, All Zones Must Contribute to GDP

Senate President, Dr. Abubakar Bukola Saraki on Wednesday appealed to all geopolitical zones in the country to contribute equitably to the nation’s Gross Domestic Product (GDP) in order to ensure national stability. 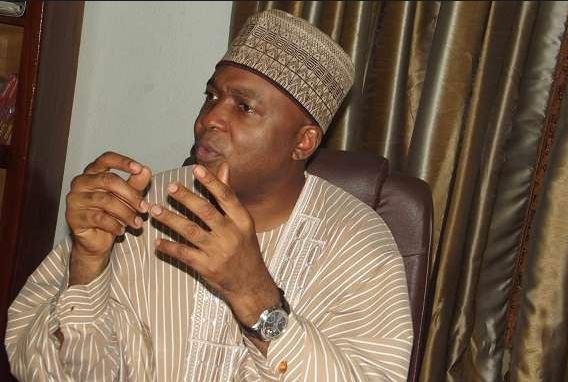 Saraki according to a statement by his Chief Press Secretary, Sanni Onogu in Abuja, made the appeal when the Chairman of the National Executive Council of the Arewa Consultative Forum (ACF), former Inspector General of Police, Dr. Ibrahim Coomassie led other executive members of the Forum to visit the Senate President at the National Assembly.

The Senate President said the only way for the North to contribute meaningfully to the growth of the nation’s GDP and the diversification of the economy is for its leaders to methodically focus on mining and agriculture.

Saraki said: “My appeal is that in all countries that have gone through similar economic challenges like ours, recovery does not happen overnight. There will be initial pain but eventually the future will be bright. It is this journey that we should have embarked upon many years ago. We cannot run away from it.

“We cannot continue to depend only on oil. We must look at agriculture. Specifically for those of us from the North, agriculture is key. I also want to say that for the stability of any country, it is important that every part of the country is seen to be contributing to the economy of the country. A country where it is only one part that contributes to the economy is recipe for disaster.

He noted that the 8th National Assembly is already looking at laws to improve the business environment, address infrastructure deficit and ensure private participation in construction and maintenance of roads, ports and even railway systems in the country.

He hold the northern elders that the National Assembly is committed to supporting President Muhammadu Buhari so that he can achieve success in his fight against corruption and bad governance.

He said: “I think we don’t have much choice because a lot of Nigerians spoke at the last election and said goodbye to impunity and bad governance. They want leadership based on transparency and accountability and the 8th Senate is going to work tirelessly to ensure that we give them just that.

“In doing that we need your support because, we are going to step on toes. In doing that we are going to be seen to be doing things that have not been done before and of course those that do not want change will fight back. That is natural. But our distinguished Senators are committed and no amount of intimidation and blackmail will stop us from doing what we know is in the interest of the good people of Nigeria.”

“It is our intention that as soon as we pass the budget, the constitutional amendment committee that we have set up will begin to meet. I have told them that I will like to see that by June, they have finished and the proposed amendment should go to the State Houses of Assembly,” he said.

Earlier, Coomassie told the Senate President that the visit was meant to sustain and consolidate the cordial relationship that exist between the ACF and the Senate since 1999.

He congratulated the Senate President on inauguration of the 8th Senate and described the National Assembly as an epitome of democracy.

Coomassie said: “May I also acknowledge the support and cooperation the executive arm of government enjoys from you as clearly demonstrated by the speedy screening of the Ministers by the Senate and the consideration of the 2016 Appropriation Bill which the National Assembly has pledged to pass before the end of this month.”

He reminded the Senate that their role does not end in legislation alone, but also to ensure the “effectiveness of oversight functions and transparency for the benefit of Nigerians….ACF shall continue to support you to legislate well…”