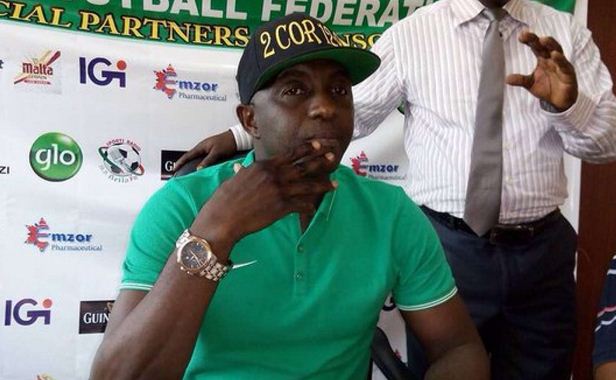 Super Eagles coach Samson Siasia says he believes the Senior National team can give Nigerians joy on March 25 by beating and picking all three points in the 2017 Africa Cup of Nations qualifier against the Pharaohs of Egypt in Kaduna.

All the 19 expected home boys were in camp as at Tuesday afternoon, as no other person wanted to suffer the fate of Segun Oduduwa, Usman Mohammed and Stanley Dimgba, who were on Monday barred from showing up at the Bolton White Apartments after reporting late to the camp of the intermediate squad.

Siasia said that discipline, strong mentality, self-belief and support of Nigerians can steer the Eagles to heights attained by their predecessors, who pounded the Pharaohs 4-0 in a FIFA World Cup qualifier in Lagos in October 1977.

“We can recreate October 1977; why not? The home –boys have come in and full training has commenced. Everyone is rearing to go. By the time the foreign –based players arrive, the competition will be what we want.

The Eagles, who are two points behind the Egyptians on the Group G table, also lag behind the Pharaohs on goals scored. The Pharaohs have scored eight while Nigeria have scored two in the two matches played by each team, meaning the Nigerians have to start racking up the goals.

Siasia believes that the team can repeat the October 8, 1977 feat when the Eagles thrashed the Pharaohs 4-0 in a 1978 FIFA World Cup qualifier at the National Stadium, Lagos, with the inimitable Segun Odegbami bagging a brace. Skipper Christian Chukwu and John Nwadioha got the other goals. 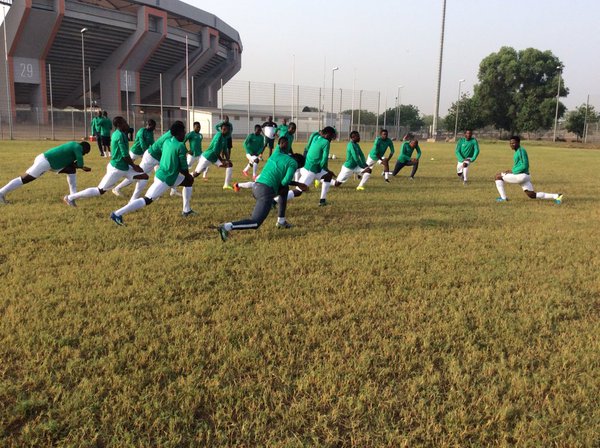 The team also held its Wednesday morning training session in continuation of its preparation towards the double encounter.