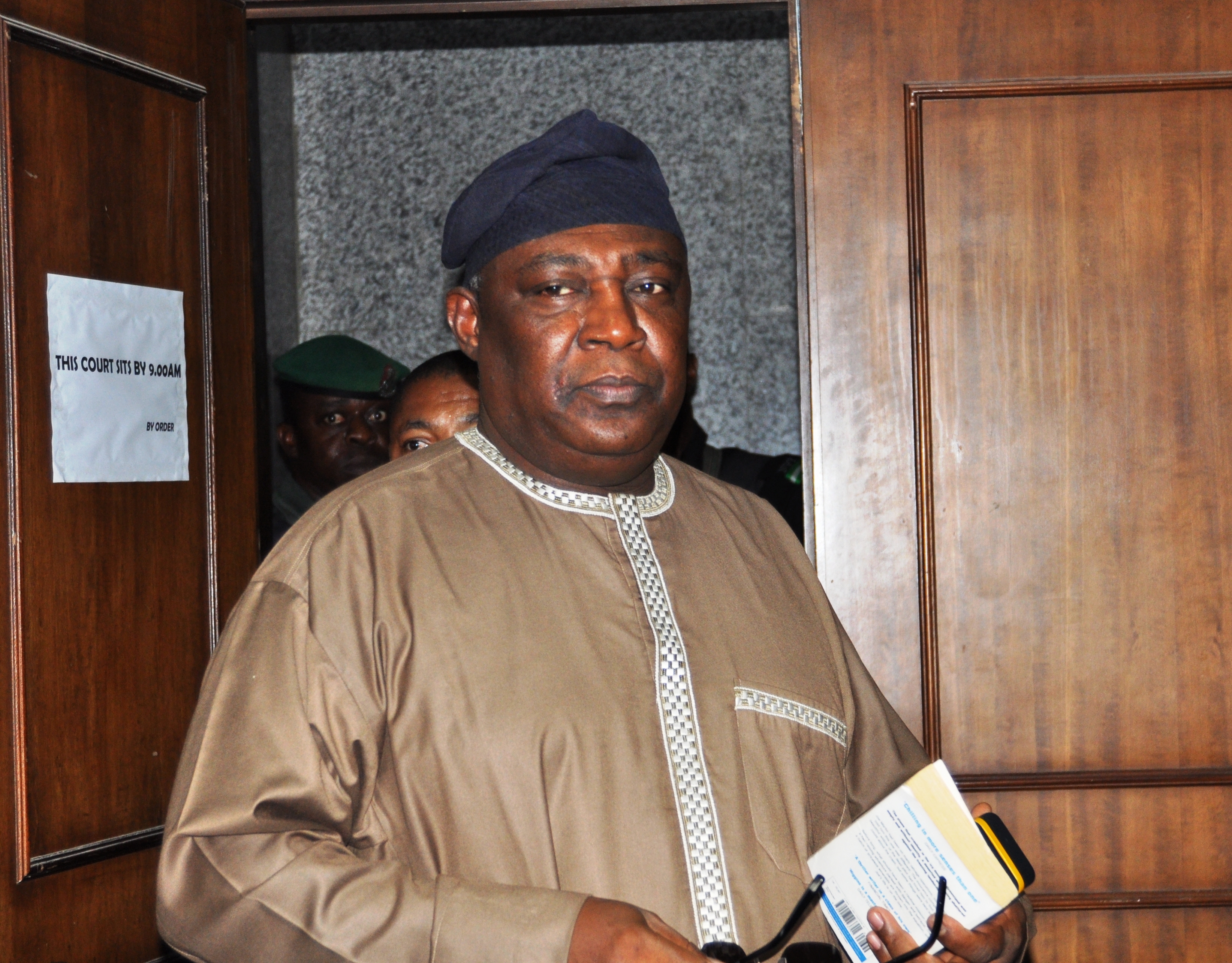 Badeh, who is being prosecuted by the Economic and Financial Crimes Commission, EFCC, alongside Iyalikam Nigeria Limited on a 10-count charge bordering on money laundering, criminal breach of trust and corruption to the tune of N3.97 billion, had on March 7, 2016 pleaded not guilty to the charges.

The trial judge had adjourned till Thursday to rule on his bail application. Moving the application, defence counsel, Samuel Zimiri, SAN, pleaded with the court to grant Badeh (who was not in court) bail on self recognition. He argued that the former CDS served Nigeria meritoriously for 35 years.

“We depose to the fact that the applicant will be available in court for his trial. “His presence at the trial is what is paramount according to the Supreme Court, and it should be considered first before the charges,” he told the court.

He argued further that his client was, according to Sections 35 and 36 of the 1999 Constitution, presumed innocent until proven guilty.

His submission was in response to the argument of prosecuting counsel, Rotimi Jacobs, SAN, that the offfences against Badeh were very weighty, and “he might disappear in a bid to avoid the shame of facing trial, so the severity of the offence should be looked at”.
Jacobs added that: “Some of the witnesses who would be called to give evidence against him include some of his subordinates, and so if granted bail, his presence will have impact on them.”

One of the subordinates, according to him, is the Director of Finance of the Nigeria Air Force, NAF, which according to him “was given instruction by Badeh to convert public funds into dollars and to use same to buy all the assets referred to in the body of the charges”.

He further told the court that EFCC operatives found $1m cash in the bedroom of an Abuja mansion belonging to him. He noted that while Badeh denied ownership, properties belonging to him including photographs were found in it.

Justice Abang, in his ruling, upheld the argument that constitutionally, a defence applicant is presumed innocent until proven otherwise.

“Having considered the gravity of the offence, availability of the defendant to stand trial, the weighty evidence and fear of the prosecution that he may evade trial, what is not in doubt is that we cannot overlook the fact that the presumption of innocence holds here,” the judge said.

The trial judge, thereafter, granted him bail in the sum of N2bn with two sureties in like sum. His trial continues on March 14, 2016.

The sureties, according to the judge, must have landed properties in Abuja, the Certificates of Occupancy, which must be submitted to the Chief Registrar of the court. He ordered that the Registrar must verify in writing the value of the assets from the relevant department of the Federal Capital Territory Development Administration and the genuineness of their certificates.

He also ordered that Badeh’s international passport and/or official passport must be submitted to the registrar, including three years tax clearance certificates of the sureties, two passports each and their proof of means to provide the amount attached to the bail.