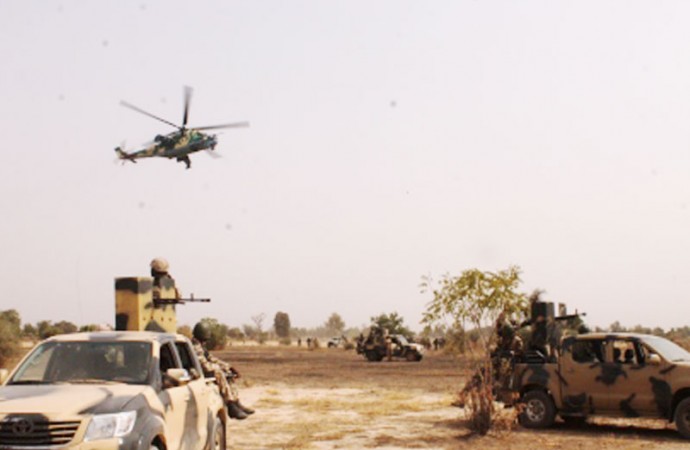 The Nigerian Air force says Boko Haram Terrorists have fled their camp at Iza Borno state to Sambisa forest after their location came under heavy air attack by the Airforce.

A statement by the director Public Relations and Information Nigerian Air force, Group Captain Ayodele Famuyiwa said  the success of the air attack paved way for the follow-up clearance operation by the troops of 121 Task Force Battalion who flushed out the remnants of the insurgents and destroyed the camp.

It further stated that during  the air bombardment the mi-35 Helicopter gunships were overhead to provide close Air support for the advancing troops while the Beecheraft aircraft supported with intelligence, surveillance and reconnaissance.

The combined air and land operation against the Boko Haram insurgents was conducted during the early hours of yesterday.