The Economic and Financial Crimes Commission, EFCC, on Thursday, March 10, 2016, arraigned one Asabe Abdulkareem before Justice Y.N. Galadanci of the Kano State High Court, Kano on a two-count charge bordering on conspiracy and obtaining money by false pretence to the tune of N3,000,000.00( Three Million Naira). 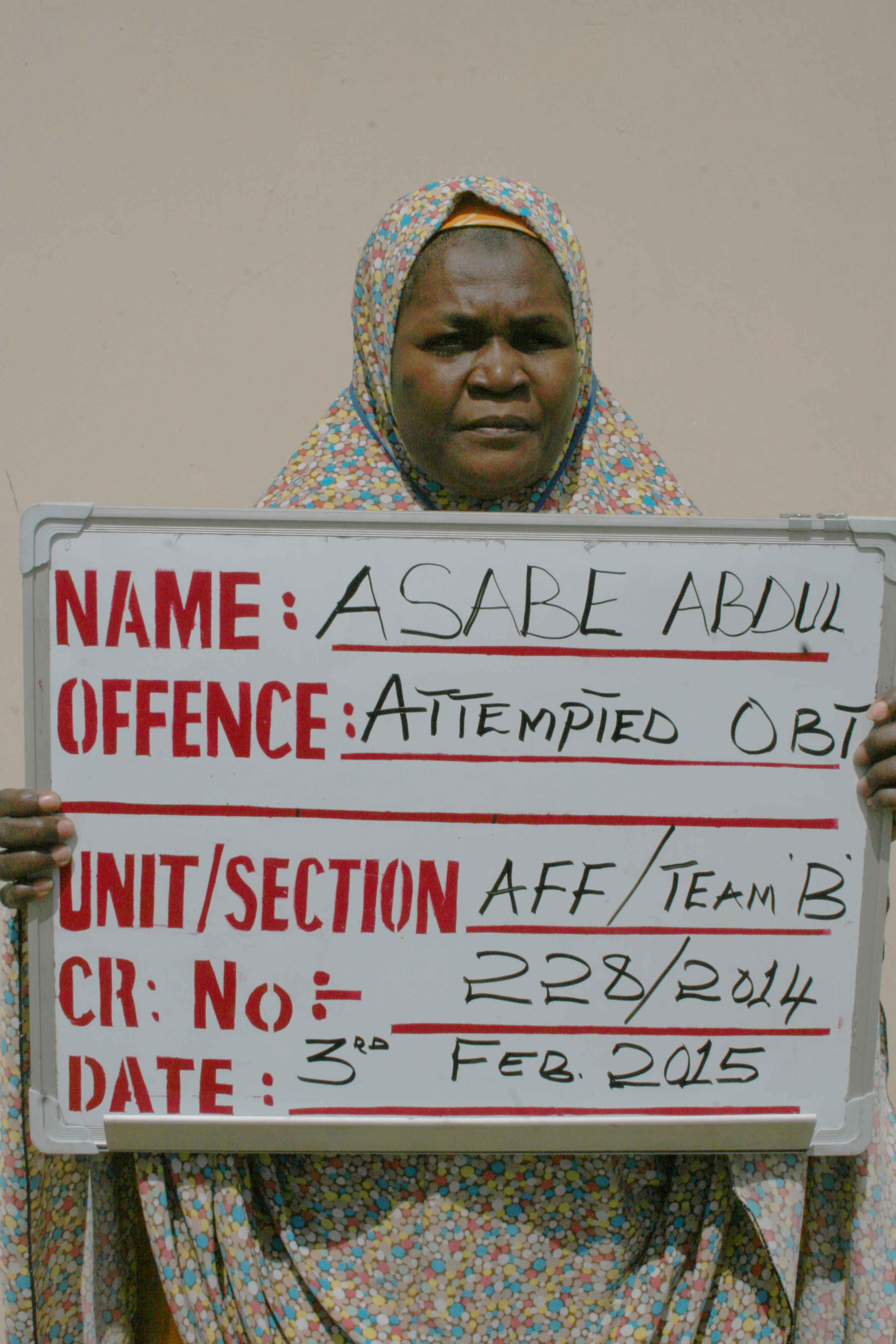 The complainant, Al-Amin Abba Dabo, sometime in November, 2013, allegedly transferred the sum of $7000(Seven Thousand Dollars) into the company account of one Mubaraq Abdulkareem in Century Path Nigeria Limited for the importation of some cars (Mercedes Benz C300, 2014 model, Mercedes Benz CLA 250, 2015 and Range Rover Vogue) from Canada into Nigeria.

Dabo also allegedly paid another sum of N3, 000,000.00 into ISKA and Gas Petroleum Company account domiciled in a new generation bank for the Range Rover Vogue in February, 2014.

However, the accused person neither delivered the cars to the complainant nor refunded him.

Investigation revealed that the accused person is the mother of Mubarak Abdulkareem (now at large), who is a director in both companies.
Count one of the charge reads: ‘‘That you Asabe Abdulkareem and Mubarak Abdulkareem( now at large) both being Directors in ISKA Gas and Petroleum Nigeria Limited sometime between February 20 and February 24, 2014 at Kano within the jurisdiction of this Honourable court with intent to defraud obtained via your Guarantee Trust Bank account number 0142461447 from one Al-Amin Abbah Dabo the sum of N3,000,000.00 for the purpose of buying a described car for him thus: Range Rover Vogue from Canada, which you did not and knew to be false and thereby committed an offence contrary to section 1(1)(a) of the Advance Fee Fraud and Other Related Offences Act , 2006 and punishable under Section1(3) of the same Act.

The accused person pleaded not guilty to the charges when they were read to him.

Consequently Justice Galadanci adjourned to April 21, 2016 for hearing on the bail application.