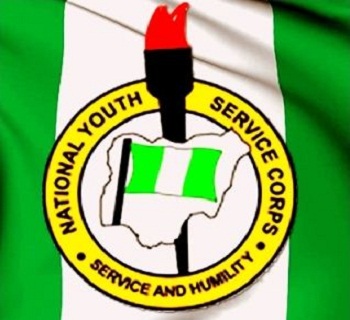 The Director-General of the NYSC, Brig.-Gen. Johnson Olawumi, said this in a statement signed by the Director of Press, Mrs Bose Aderibigbe, in Abuja.

The statement made available to the News Agency of Nigeria (NAN) said that the money was donated by Heritage Bank in fulfilment of its pledge to the NYSC Hope Alive Programme (NYSC-HAP).

It said that the gesture made by the financial institution was to enable the ex-corps members actualise their dreams and not be limited by their disabilities.

It also explained that it was also to reassure prospective and serving corps members that the nation would not abandon them in case of any accident leading to permanent disability during the service year.
According to the statement, the bank made the pledge during the flag off of the programme at the 2012, 2013 and 2014 NYSC President’s Honours Award Ceremony held in March 2015.

The statement said the beneficiaries had expressed joy at the development, adding that it not only restored their hope but also brought them succour.

It further quoted the director-general as saying “the fulfilment of the bank’s promise has rekindled the Scheme’s hope in the support of corporate organisations and public spirited individuals for the NYSC’’.

The statement said Olawumi called on well-meaning Nigerians, organisations and philanthropists to continue to assist the NYSC achieve its vision of a better Nigeria through the youths.

It said that the programme was introduced by the management of the Scheme in order to provide support to corps members who sustained various degrees of injury during the service period.

It said that under the programme the Scheme, in partnership with relevant stakeholders, would provide counselling for those with emotional or psychological trauma.

The statement also assured that medical rehabilitation would also be provided to those with injuries and employment for those who were employable.

It added that requisite skill training and start-up capital would be provided to those who could not be engaged in paid jobs.

The statement recalled that the nine beneficiaries had in 2015 received letters of employment by the Federal Government.