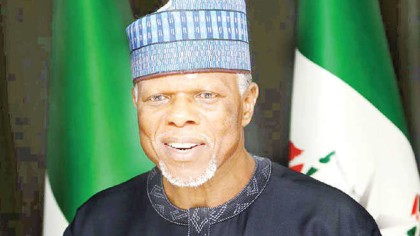 Umar told the News Agency of Nigeria (NAN) in Lagos that the media had been able to educate the public on the dangers of smuggling and its negative effects on the economy.

Umar urged the media to support the service in sensitising the public, especially the border communities, not to connive with smugglers.

He said that the service usually released information to the media as and when due.

“Customs and maritime reporters have symbiotic relationship,’’ the controller said.

He urged the media to keep on publicising the laudable achievements of officers and men of the service.

“I am not saying that we do not have bad eggs among officers; balance your reports and also appreciate us when the need be.

“We have corrupt people in all sectors and not that we do not have good officers among us. I can say we have little bad eggs,’’ NAN quotes Umar as saying.

He said that there was no way Customs officers could extort money from importers or agents nowadays because cargo clearance had become digital.

Umar said that before now, when cargo clearance was operated by analogue, the system encouraged human interface which aggravated corruption.

The controller, however, observed that terminal operators had not been releasing their revenue reports.

He said that the Comptroller-General of Customs, Retired Col. Hameed Ali, had warned that any officer caught extorting money from agents or shippers would be punished accordingly. (NAN)