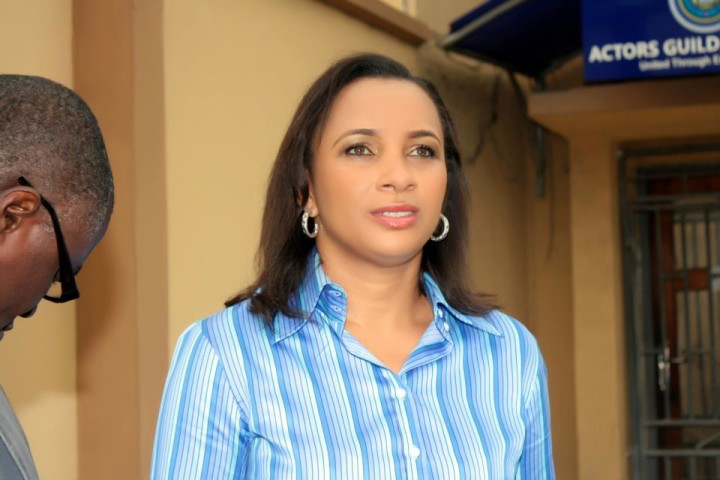 The Court of Appeal in Lagos on Friday, dismissed an appeal by Nollywood actress Ibinabo Fiberesima challenging a jail term slammed on her by a Lagos High Court.

The News Agency of Nigeria (NAN) reports that Ibinabo was sentenced to five years imprisonment by Justice Deborah Oluwayemi of a Lagos High Court for reckless driving which the death of a hospital staff.

She was alleged to have driven her car recklessly on the Lekki-Epe Expressway and knocked down a man, Giwa Suraj.

The deceased was said to be a staff of a Lagos state’s hospital.

A Magistrate court (court of first instance) had earlier given the appellant an option of N100,000 fine for the offence.

NAN further reports that the judgment of the magistrate was,however, set aside by the high court which replaced the option of fine with a jail term.

Dissatisfied, Fiberesima had filed an appeal through her lawyer, Mr Nnaemeka Amaechina, urging the court to set aside the five-year sentence.

Delivering judgment on Friday, the appellate court dismissed Fiberisima’s appeal and affirmed the decision of the Lagos High Court.

In a unanimous decision delivered by Justice Jamilu Yammama Tukur, the court held that the trial Magistrate Court lacked the discretion to have granted Ibinabo an option of fine having been convicted.

The court further held that the appeal lacked merit and consequently dismissed it.

Other members of the panel are Justice U.I. Ndukwe-Anyanwu (presiding) and Justice Tijani Abubakar.

It will be recalled that the appellate court had earlier ordered the appellant to appear before it when judgement was to be delivered.

Counsel to the appellant, Amaechina, said the judgment will be challenged at the Supreme Court, adding that a notice of appeal had already been filed.

Justice Oluwayemi of the trial court had held that the magistrate exercised “judicial recklessness” when he gave the convict an option of fine.

The court noted that the trial Magistrate must have misdirected himself based on the allocutus made by the counsel to the convict that she is a working mother.

Oluwayemi had held that Sections 28 of the Traffic Law under which the accused was convicted did not give an option of fine.

She held that “when a term of imprisonment is mandatory for an offence the court cannot and should not give an option of fine.”

She insisted that the fine did not serve the purpose of justice in the case and subsequently ordered that the N100, 000 be returned to the appellant.