In their bid to boost internally generated revenue to augment dwindling allocations from the Federal Government, governors from the North-West zone plan massive investment in exploration of their mineral resources and development of agriculture. 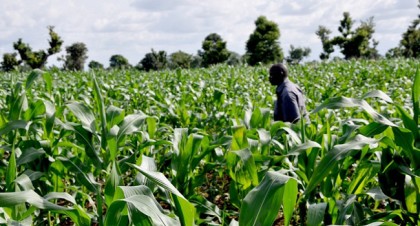 The governors,’ under the ageis of North-West governors’ forum, made the declaration at the end of their meeting in Katsina.

A communiqué issued at the end of the meeting, said that the seven states in the zone would give priority to the exploration of their mineral resources and the development of agriculture.

The communiqué, signed by Gov. Abdulaziz Yari of Zamfara, the chairman of the forum, was issued to newsmen on Sunday in Katsina

It said that the two sectors if properly harnessed, would solve the problem of unemployment, insecurity, as well cattle rustling in the zone.

It urged Nigerians to support President Buhari’s fight against corruption and insecurity.

The governors advised Nigerians to support the policies of the Federal Government aimed at revamping the economy.

They pledged to mobilise stakeholders in the zone to ensure the development of the area.

“For the zone to succeed in addressing most of its challenges and forge ahead in the wake of monumental challenges, the governors agreed to cooperate and unite.’’ the communique said

It added that the governors agreed to establish a secretariat in Katsina State to coordinate their activities.

The News Agency of Nigeria (NAN) reports that the meeting was held to discuss myriads of problems facing the zone and proffer solutions. NAN)