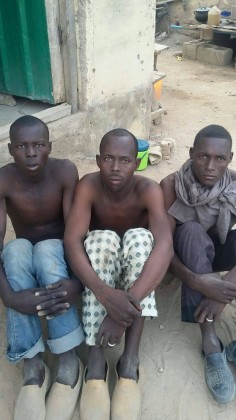 of remnants of Boko Haram terrorists at Gwashari village along Damboa-Bale road.

During the patrol, the troops encountered some elements of the Boko Haram terrorists in which they killed one and captured 3 others. They also recovered 1 Dane gun, an magazine of AK-47 rifle, 2 knives, assorted drugs and the sum of N142,000 from the terrorists.

You are please requested to disseminate this information and the attached photographs to the public through your medium.