A set of twins born to a Vietnamese couple, a 34-year-old man from northern Hòa Bình province were recently taken for testing because of distinct variation in the children’s appearances 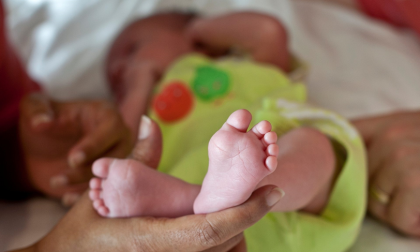 The Vietnamese couple was shocked to hear that only one of their twins was biologically related to the father.

Both were, however, the offspring of the mother with tests ruling out the possibility of a hospital mix-up shortly after their births.

Le Dinh Luong, President of the Genetic Association of Vietnam, explained that the findings were extremely rare. The Centre for Genetic Analysis and Technology lab has tested and found a pair of bi-paternal twins. This is rare not only for Vietnam, but all over the world. This can happen if two eggs from the same mother are fertilized by sperm from two different men during separate acts of sexual intercourse within the same ovulation period.’

The Vietnamese husband requested genetic testing at the Hanoi lab to determine whether he was the biological father of his wife’s twins. The man’s relatives pressured him to take the test because one of the babies looked strikingly different from him than the other child. The test results indicated that the man was related to only one of the babies. The twins are of the same sex, born just a few hours apart on the same day, but look completely different. Dan Tri, one twin had thick wavy hair, while the other had thin and straight hair.

What the tests revealed marked a rare victory against the odds in reproductive biology – though that was perhaps not the first thought to cross the parents’ minds. The newborn twins, according to the Centre for Genetic Analysis and Technology lab in Hanoi, had two different fathers.

DNA testing of the mother to rule out a mix-up at the hospital dismissed that possibility, and confirmed that both children were hers, the newspaper said.

In the world of embryology, the birth of twins to two different fathers is not unheard of. It requires the woman to ovulate two eggs at the same time, and have viable sperm from two different men waiting inside her to fertilize the eggs. 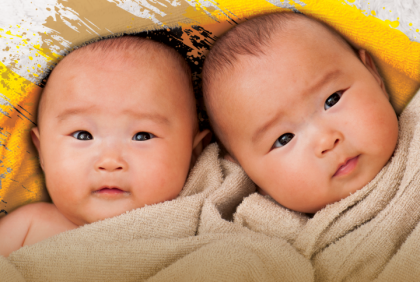 A 1992 report on paternity suits over non-identical twins – those produced when two separate eggs are fertilized and carried at the same time – found that 2.4% had different biological fathers. It is common enough to earn its own lengthy name: heteropaternal superfecundation.