Nigeria and Equatorial Guinea Tuesday in Malabo signed an agreement on the establishment of a combined Maritime Policing and Security Patrol Committee. 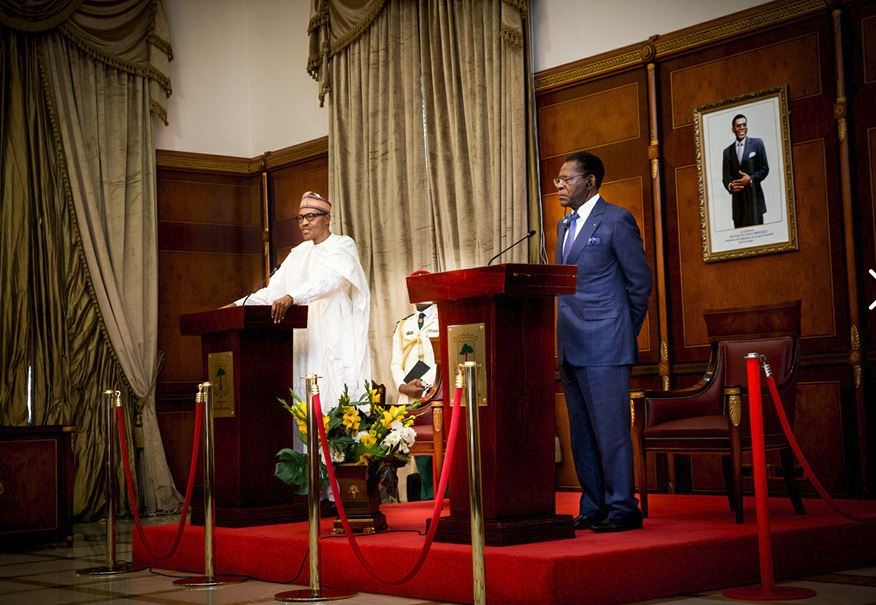 The conclusion and signing of the agreement is expected to enhance security in the Gulf of Guinea and help in curbing maritime crimes such as piracy, crude oil theft, sabotage of oil rigs and arms smuggling.

According to a communiqué issued at the end of President Buhari’s visit to Malabo, both countries also agreed to discuss greater cooperation on oil and gas production and a bilateral trade agreement.

It was further agreed that the Nigeria-Equatorial Guinea Joint Commission will be revived from its present state of dormancy and empowered to play its proper role in the strengthening of bilateral relations between Nigeria and Equatorial Guinea.

President Muhammadu Buhari and President Obiang Nguema Mbasogo expressed satisfaction with the atmosphere of trust and solidarity that now exists between their countries.

In their talks during the two-day visit, the two leaders discussed sub-regional, regional and international issues including terrorism, violent extremism and the state of the global economy, especially as it affects Nigeria and Equatorial Guinea.

They also discussed the crises in some African countries and efforts by the African Union to achieve peace, stability and progress across the continent.

President Buhari who has since returned to Abuja thanked President Mbasogo and the people of Equatorial Guinea for the warm reception given to him and his delegation during the visit.