The Minister of Information and Culture, Alhaji Lai Mohammed, has described the Chief Justice of Nigeria’s recent directive on the need to strictly administer the provisions of the Administration of Criminal Justice Act as the turning point in the country’s fight against corruption. 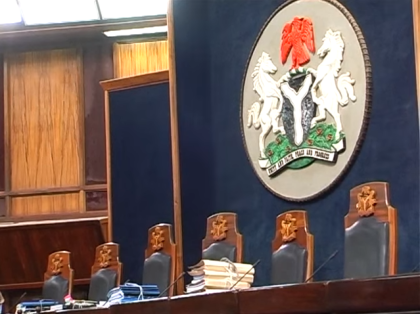 The Minister, who made the remarks in Abuja on Wednesday while receiving a delegation from Deutsche Welle, the German International Radio, said with the pronouncement, there is no hiding place for corrupt persons in Nigeria.

“We are happy to report that yesterday the fight against corruption received a very robust support from the Judiciary when the Chief Justice of Nigeria announced to the world that henceforth, the Administration of Criminal Justice Act will become operational and with this, it means that the long delays and adjournments that have been associated with corruption trials will be a thing of the past,” he said.

Reiterating an earlier statement by President Buhari, he said the Administration would fight corruption relentlessly and mercilessly, saying that is the only remedy for the maladministration, under-development and poverty that have plagued the country.

On the economy, the Minister said the Federal Government is courageously tackling the challenges of the economy and assured that there is light at the end of the tunnel.

“The challenges are painful but the outlook is very bright. We know that with our discipline, we are going to manage cost, maximize our revenue, block leakages and we are very confident that we will manage the economy in a manner that over 30% of it will be devoted to capital projects,” he said.

Alhaji Mohammed therefore urged the Deutsche Welle to always project correctly the focus of the Administration, which is the fight against terrorism and corruption and the revamping of the economy.

In his remarks, the leader of the delegation and Head of the Hausa Service of Deutsche Welle, Mr. Thomas Mosch, commended the Administration of President Buhari for being media-friendly disposition.

“I just wanted to use this opportunity to thank you for the good collaboration we have experienced so far since the new government came into office. We have not experienced any problem working here in Nigeria, because there were other times our experiences in Nigeria were not as easy for us,” he said.

Mr. Mosche disclosed that the Deutsche Welle is collaborating with several Nigerian broadcast outfits in the exchange of programmes in the areas of the economy, education and promotion of African culture.