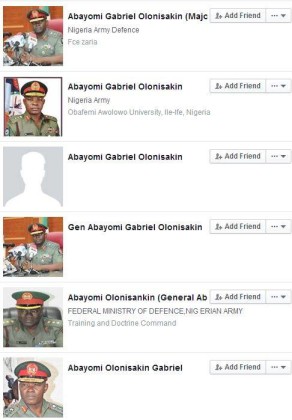 The pervasive facebook accounts has been misleading the general publics who have been patronizing the sites. We wish to therefore dissociate the CDS from the said accounts and call on the general public not to patronize them. The fraudsters are using the CDS Facebook to extort money from unsuspecting citizens in the name of recruitment into the military and other sundry criminal purposes.

The DHQ views this as a criminal act and effort is being made to track and bring the perpetrators to book. This is for the awareness of the general public, please.