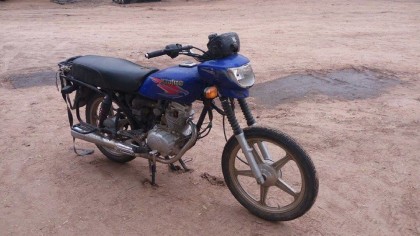 The troops who on receipt of information, laid an ambush for the terrorist at suspected Boko Haram terrorists crossing point, engaged the terrorist who was obviously on suicide mission, from Sambisa general area. The bomber paid the price of his wicked activities as he was dealt with decisively.

The troops recovered a motorcycle, 12 primed Improvised Explosive Devices (IEDs) and a hand bag containing personal effects which included a hijab obviously meant for disguise and concealment of explosives for the intended nefarious act.
The morale of troops remains high as they continue to mop up all surviving terrorists.