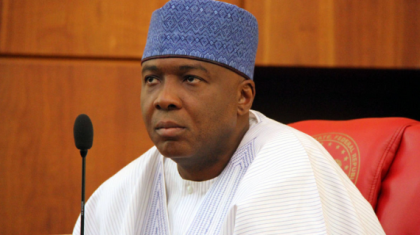 Justice Abdul Kafarati of the Federal High court, on Tuesday, in Abuja, disqualified himself from handling a suit filed by Senate President, Bukola Saraki seeking to stop the ongoing false asset declaration trial against him by the Code of Conduct Tribunal, CCT.

Following two online publications which alleged that Justice Kafarati has been compromised by the Senate President, the judge said that the appropriate thing to do is to hands-off the case in the interest of justice.

The Judge bemoaned the publications which accused him of receiving a bribe of N2b, saying that his integrity has been maligned.

“The two publications made allegations against my person, alleging that I have been compromised with N2bn. They also alleged that I am known in the legal cycle for being susceptible to corruption.

“What this has done is to put my integrity to question. I however regard the publishers as people of unsound mind. They know that what they said is not true. They just derive ‎pleasure when they malign the integrity of a judicial office.

“It is unfortunate that we don’t have the appropriate laws to take care of this. As it stands, I am caught between two devils, if the ‎judgment goes in favour of Saraki now they will say that I have been compromised, on the other hand, if it goes against him they will say I have been intimidated.

“In light of the allegation, the right and appropriate thing to do is to disqualify myself and return the case-file to the Chief Judge for re-assignment to another Judge”, Justice Kafarati held.