EFCC Clears the Air on Kafarati

The attention of the Economic and Financial Crimes Commission has been drawn to media reports on the decision of Justice Abdul Kafarati of the Federal High Court, Abuja to decline ruling in the fundamental human rights enforcement case brought before him by Senate President, Bukola Saraki. 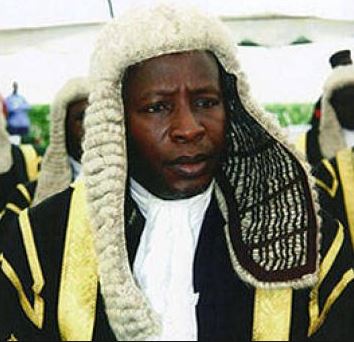 The judge blamed his decision to disqualify himself from the case on a Tuesday March 21, 2016 report in an online news medium, alleging that he had been bribed to rule in Saraki’s favour. Justice Kafarati, according reports in Thisday Newspaper of March 23, 2016 claimed the online platform quoted the EFCC as the source of its information.

Against this background, it has become necessary to state that the Economic and Financial Crimes Commission, EFCC had no hand in the report which is entirely the imagination of the authors.

All allusions to the Commission’s investigation or documents in the said publication should be disregarded. At no time did the EFCC share intelligence or revealed the content of any dossier it may have on any judge for that matter with any media organization either in Nigeria or abroad.

The Commission wishes to state for the umpteenth time, that it believes in the rule of law and will not take extra-legal measures to ridicule or embarrass any member of the public that may or may not be under investigation. The court is the final arbiter in cases of corruption.

What the law expects of the Commission, which it has been doing, is to charge people investigated and indicted of any offence under the relevant laws to court. There is no other way.