The Nigeria Union of Journa 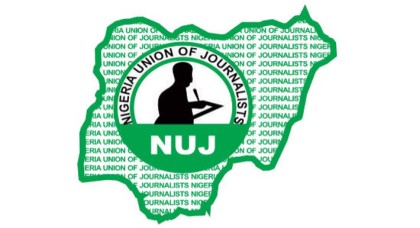 lists (NUJ) says it plans to submit to the National Assembly a Bill on the elimination of impostors in the journalism profession.

The President of the union, Mr Waheed Odusile, who said this in an interview with the News Agency of Nigeria (NAN) on Wednesday, in Abuja, added that the Bill would be submitted after due consultation with all stakeholders in the profession.
.
According to Odusile, all members of the Nigeria Press Organisation need to make their inputs before a comprehensive Bill is sent to the National Assembly by April.

“We are making progress on the Bill we want to take to the National Assembly.

“We have been trying to get all stakeholders on board, because like they say, `a bird does not fly with one wing’.

“All stakeholders in the industry, especially the newspaper proprietors, the Guild of Editors and NUJ, together we constitute the Nigeria Press Organisation.

“So we have met and we have a draft of the bill that has been there for some time now; everybody has gone through it, everybody is satisfied.

“So, we are just waiting for a final meeting of the Nigeria Press Organisation to take a final decision on it so that we will have a very comprehensive bill, which we will take to the National Assembly.

“We have been in constant touch with the Senate and they are waiting for us. I expect that before the end of April it should be there.

“The last time we were at the Senate, the Senate President promised that the chamber would have to take the issue up this legislative year.

“So we want this Bill to pass in this 8th senate and we are working towards it.’’

Odusile also said the union would clamp down on people, who paraded themselves as journalists but were not working for established media organisations in the country.

“There is a committee in each council, mandated to monitor press conferences or where journalists gather in large numbers for events, to actually fish out – I won’t even call them quacks, I will call them undesirable elements – in our profession.

“At the national level, we are about going into partnership with an ICT firm that would help us to do a comprehensive and elaborate verification of our members.

“We want to do biometrics of our members and put all the necessary information in their ID cards, such that if you are a journalist, let’s say you are from Gombe and you find yourself in Lagos and somebody has the cause to doubt whether you are a journalist or not, once you have the ID card, they will take you to the NUJ council.

“There will be a computer there and if truly you are a journalist, it will be there, they will see your details.

“There are laws for setting up a newspaper or any media organisation.

“Once the law is followed most of these fake mushroom papers will not come into the market.’’

Odusile said plans were underway to invite online publishers to a dialogue on how to check the excesses of the social media.

“We don’t want to be agents that would restrict access to information or even information dissemination. No! it is not what we intend to do, but we also want to regularise activities.

“What we want to do with the social media is first, we want to engage with them, we will be meeting with the leadership of the online publishers, then, we will meet with bloggers.

“We will sit down and see how best to enhance their practice of journalism, quote and unquote because it is a problem all over the world; there is no straight-jacket way of dealing with it.

“And we are hoping that by the time our Bill gets to the National Assembly and probably it gets to the public hearing stage, we will get contributions even from the social media people.

“Maybe at that level the law can incorporate them, so to speak.

“But we don’t want to bother about them for now; we have a lot on our hands over regulation of the orthodox media, so to speak.’’

He said bloggers and individuals, who subscribed to online platforms were the culprits in the dissemination of falsehood and inciting messages.

He added that online newspapers do not cause problems as much as blogs and other social media platforms, because newspaper publishers are journalists, who have chosen to publish online. (NAN)