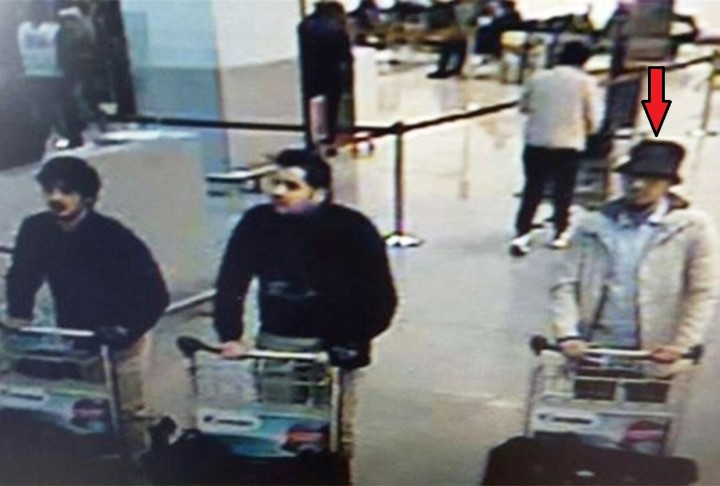 Belgian police authorities were hunting on Thursday for a “third man” filmed with two Islamic State (ISIL) suicide bombers at Brussels Airport as investigators gathered more evidence that the same jihadist network carried out the deadly Paris attacks in November 2015.

As pressure mounted on Europe to improve cooperation against terrorism, EU interior and justice ministers were to hold emergency talks on a joint response to Tuesday’s Brussels bombings, which killed at least 31 people and injured 270.

French Prime Minister Manuel Valls led calls for a “strong European response”, but officials say many states, including France, withhold their most cherished data despite a mantra of willingness to share intelligence.

Turkey’s president criticized Belgium for failing to track Brahim El Bakraoui, a convicted armed robber whom it deported last year and who blew himself up at the airport on Tuesday an hour before his brother Khalid, a fellow convict, killed about 20 people at Maelbeek metro station in the city center.

Security sources told Belgian media the other suicide bomber at the airport was Najim Laachraoui, a veteran Belgian Islamist fighter in Syria suspected of making explosive belts for November’s Paris attacks, who also detonated a suitcase bomb at the airport.

The third suspect captured on airport security cameras, pushing a baggage trolley into the departures hall alongside Laachraoui and Brahim El Bakraoui, is now the target of police searches. The bespectacled man wearing a cream jacket and a black hat fled the scene, federal prosecutors said, and a third suitcase bomb, the biggest of the three, exploded later as bomb disposal experts were clearing the area.

Public broadcaster RTBF said investigators now believed a second bomber was involved in the metro attack close to European Commission headquarters. The man was spotted on security cameras carrying a heavy bag, but his identity was unknown and it was not clear if he had died or escaped.

In connection with the attack, Paris attack suspect Salah Abdeslam, who was arrested last Friday after a shootout in Molenbeek, is no longer cooperating with the Belgian police and ask to be extradited to France.

The Belgium-born French citizen who was wounded in the raid, initially cooperated with investigators. Investigators suspect probably he was going to be part of the cell that perpetrated the attacks in Brussels.

Investigators believe that the attack was accelerated when the police discovered Abdeslam’s hideout last week.

The Belgian official said one of the two brothers in the Brussels terrorist attack, Khalid and Ibrahim El Bakraoui, rented the Forest safe house that Abdeslam used in the wake of November’s Paris attacks.