The Economic and Financial Crimes Commission, EFCC, on Tuesday, March 22, 2016 secured the conviction of one Prince Uche Aduku who was prosecuted on a six count charge 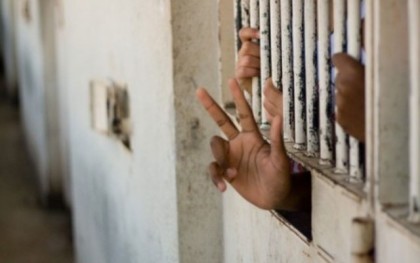 of Conspiracy and Obtaining Money by False Pretense before Justice U. N. Agomoh of the Federal High Court, Port Harcourt, Rivers State. He was convicted and sentenced to 11 years imprisonment on each of the count. The sentence is to run concurrently.

The convict was first arraigned on March 15, 2012 before Justice M.A. Onyetenu of the same court, where he pleaded not guilty. He later changed his plea to “guilty” on February 9, 2016.

One of the count reads; “that you Prince Uche Aduku (alias Mr. Prince), Chima Ojadi (alias Engr. Emmanuel Etim) ,James Osademe and Others now at large on or about November 2008 at Egbema town within the Jurisdiction of this Honorable Court did conspire among yourselves to obtain Money by False Pretenses from Messrs Credible Engineering Nigeria Limited through her chairman and managing director, Mr. Sigha Eyebodonghan and thereby committed an offense contrary to section 8 (a) of the Advance Fee Fraud and Other Fraud Related Offences Act 2006 and punishable under section 1 (3) of the same Act”.

In the same vein, Okezie Nwaosu and Emeka Ariwa were also convicted and sentenced to Seven years and Twelve years accordingly before the same court in a case of Conspiracy and Obtaining Money by False Pretence. The convicts were first arraigned on April 24, 2013 before Justice U. N. Agomoh of the Federal High Court Port Harcourt. They had pleaded not guilty to a 11-count charge preferred against them by the commission.

After diligent prosecution, Justice Agomoh found them guilty and sentenced Okezie Nwaosu (1stconvict) to Seven years imprisonment on each count while Emeka Ariwa (2nd convict) was convicted and sentenced to twelve years imprisonment on each count. The sentences are to run concurrently. One of the count reads; that you Okezie Nwaosu, Emaka Ariwa and Others at large on or about the 19th October, 2009 within the Jurisdiction of this Honorable Court with intent to defraud, obtained the sum of N20,000.00 (Twenty Thousand Naira) from one David Akpan by falsely pretending that the said money will be used to perform some spiritual cleansing of some goods and foreign currencies, which pretense you knew was false and thereby committed an offence contrary to section 2 (b) of the Advance Fee Fraud and Other Related Offenses Act, 2006, and punishable under Section 2 (c) of the same Act”.