As part of the activities lined up to mark this year’s Police week, on 22nd March, 2016 at the National Universities Commission, Abuja. 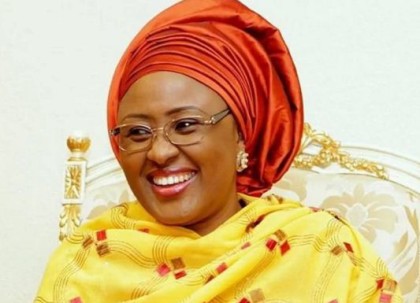 The wife of the Vice-President Mrs. Dolapo Osibanjo representing the wife of the President of the Federal Republic of Nigeria Mrs. Aishat Buhari while declaring open the quiz competition organized by the Nigeria Police, for some Secondary schools in the country, seeks the assistance and supports of Corporate and Private Organizations in assisting the Nigeria Police Force. In her opening speech, she appreciated and saluted the efforts of the Nigeria Police Force in putting together a week like this towards intellectual development of the Children. She sees the Police week as giant strides to enable the children achieve discipline and obedience to Institutions, she further emphasized that, this year’s Police week seeks to prepare students for hard work and successes in their future Endeavour. She also lauded the efforts of the officers and men of the force and their wives at educating their children and encouraged them to continue.

Earlier in her speech, the President of Police Officers Wives Association (POWA), wife of the Inspector General of Police, Mrs. Agharase Arase expressed happiness having listened to the children in their performances, saying with this, things shall get better, she also said that before now, (POWA) was building Shops but today there is a paradigm shift as the Association now builds Children intellectual capacity to face future challenges.

Highlight of the day was the quiz competition where Police Secondary School, Ukana in Akwa Ibom State won the highest price.

The Inspector General of Police, IGP Solomon E. Arase NPM, fdc who was ably represented by the DIG Dan Azumi Doma called on the participating schools to compete fairly. He also appreciated the continued support of the General public to the Nigeria Police.

NEWER POSTSentence To Run Concurrently For A 66 Years Man Convicted For 11 Years Imprisonment Each On A Six Count Charge
OLDER POSTMisinterpretation of Kachikwu’s Statement, Fuel Scarcity Will End Soon – NNPC