Destiny Responsible For Eagles Not Qualifying For 2017 AFCON – NFF President 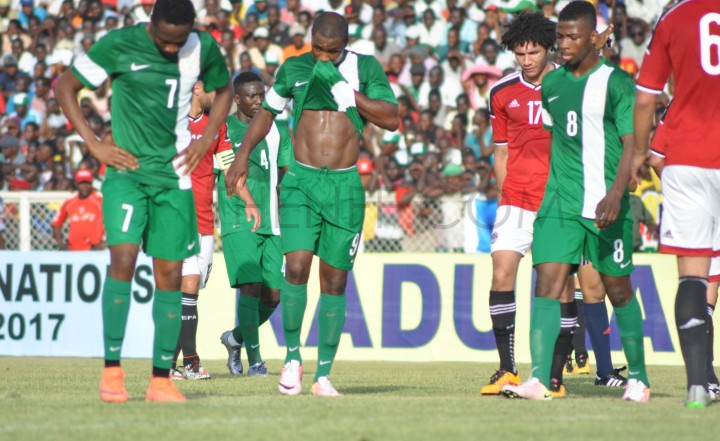 President of the Nigeria Football Federation (NFF), Amaju Pinnick, on Wednesday at a news conference in Abuja said the federation did everything humanly possible for Nigeria to qualify for AFCON 2017.

Pinnick said this to the media, he said that it was rather unfortunate their efforts failed to yield fruits.

He however said the federation would now put  focus and efforts to ensure that the Nigeria qualifies for the 2018 World Cup finals in Russia.

“I want to explain to Nigerians through this medium what transpired and all what we did for Nigeria not to have been ousted from the qualifiers to the 2017 Africa Cup of Nations (AFCON).

“We did everything humanly and materially possible to make sure we qualify. We did not leave any stone unturned.

“Just at the last minute, when we were about to celebrate (in Kaduna), a goal came. To me, I just see it as destiny. But our focus now is shifted principally to the next World Cup,’’ Pinnick said.

The NFF president assured that the federation would utilise all available FIFA international day windows to make the team better.

Pinnick said that luck was not on Nigeria’s side as Chad coincidentally pulled out when there was a possibility that even if the team emerged with 11 points the Super Eagles might have ended up being one of the best losers.

He said he would have prevailed on Chad not to withdraw but it was not possible.

“The truth is that destiny counted against us,’’ he said.

The NFF president said he was glad that the Super Eagles were still among the best on the continent and were in line for qualification for the 2018 World Cup.

He said looking at the list of countries that have qualified, Nigeria will have a lot to do to improve.

“So, we need to really start our preparation on time and also focus on doing well as the Olympics in Rio in August.” He said.

“The last time Samson Siasia (Super Eagles’ Interim Coach and current Olympic team’s Head Coach) went to the Olympics, he got a silver. Now we want to make him get gold.

Pinnick, however, was still optimistic that a good future was ahead for the Super Eagles.

He added that everyone responsible with the affairs of football in Nigeria and all Nigerians should first expunge their mind any form of bitterness and acrimony to move the nation’s football forward.

Nigeria has now failed for the second straight time to qualify for the AFCON under the leadership of Pinnick as NFF President.

Nigeria lost to Egypt 1-0 in Alexandria in the second leg match. Egypt tops the group with 7 points and will feature at Gabon 2017 AFCON.