Determined to end the persistent fuel scarcity in the country, Minister of State for Petroleum Resources and Group Managing Director of the NNPC, Dr. Emmanuel Ibe Kachikwu has waded into the lingering crises within the Independent Petroleum Marketers Association of Nigeria (IPMAN). 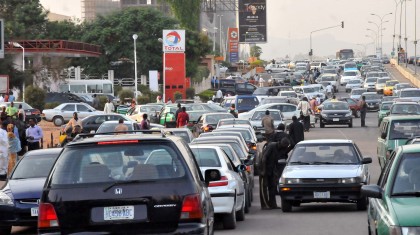 In an unprecedented move that saw the Minister invite all stakeholders within the IPMAN hierarchy to his office at the NNPC Towers, Abuja, the Minister raised a 14-man committee and charged them with the task of doing everything possible “to bring back peace to the association at the national, zonal and depot levels.”

He noted that as critical stakeholders in the downstream sector, the contribution of IPMAN is crucial in the drive to end the prevailing fuel supply situation across the nation.

The Minister, who called on all members to see IPMAN as one indivisible entity, also charged them to work with relevant government agencies such as the NNPC, DPR and other stakeholders to ensure that the prevailing fuel scarcity “becomes a thing of the past as quickly as possible.”
Speaking shortly after the successful deliberations, the National Secretary of IPMAN, Alh. Danladi Pasali expressed their readiness to assist the Federal Government towards bringing a lasting solution to the fuel situation in the country within the next two weeks as stated by Dr. Kachikwu during a recent meeting with the Senate Committee on Petroleum Downstream.

The Honourable Minister of State for Petroleum Resources had assured the Senate Committee that the lingering fuel crisis will be over within the next two weeks.

Also speaking at the meeting, Mr. Augustine Erhabor, another top IPMAN executive commended the Minister for his efforts towards bringing lasting peace within the association, a development he described as “a new dawn in IPMAN.”

He informed that IPMAN will set up teams to monitor products distribution and deliveries at all their outlets nationwide even as he assured that all their members will get their products at official ex-depot price so that they can sell at government approved price to Nigerians.

According to him, IPMAN will liaise with the NNPC Management to facilitate the quick loading of about 7, 000 outstanding products tickets for onward dispensing into the hinterland across the country.

He called on members of the public to refrain from hoarding and panic buying, assuring that in no distant future, the fuel queues will vanish.

“All of us in IPMAN are united and I want to assure Nigerians that this unity will help us see the end of this prevailing situation’’, Erhabor said.
Members of the 14-man reconciliation committee set up by the Minister are: Alh. Danladi Pasali, Barrister Dibu Aderigbe, Alh. Abubakar Maigandi, Alh. Hemmed Fashola, Dr. Leo Nkememe, Hon. Chukwudi Fred Ezinwa and Chief Ben Odjugo.