Evidence Convinces W.H.O On Zika As Cause Of Birth Defect And Disorders 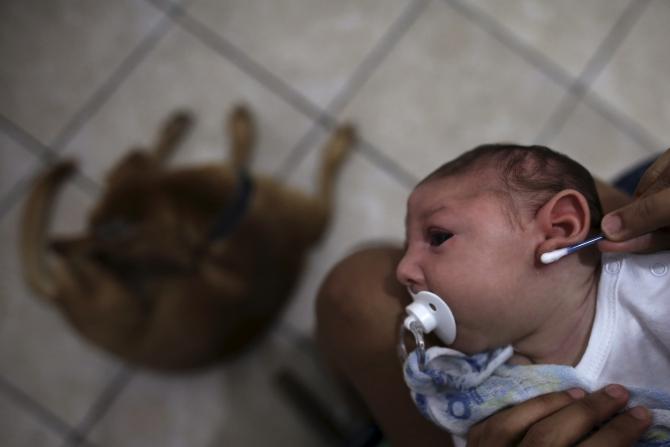 The World Health Organisation said researchers around the world are now convinced the Zika virus can cause the birth defect microcephaly as well as Guillain-Barre syndrome, a rare neurological disorder that can result in paralysis.

The WHO said on Friday in Geneva that Colombia is investigating 32 cases of babies born with microcephaly since January, and eight of them so far have tested positive for the Zika virus.

It said the number of microcephaly cases reported in Colombia so far represents an increase over the historical annual average of about 140 cases.

WHO said based on observational, cohort and case-control studies, there is a strong scientific consensus that Zika virus is a cause of GBS (Guillain-Barre syndrome), microcephaly and other neurological disorders.

WHO in February declared the Zika outbreak an international health emergency, citing a “strongly suspected” relationship between Zika infection in pregnancy and microcephaly.

“Although Zika has not been proven conclusively to cause microcephaly in babies, evidence of a link was based on a major spike in Brazil in cases of microcephaly, defined by unusually small head size that can result in severe developmental problems.

“Scientists have been closely monitoring for possible microcephaly cases outside Brazil to rule out environmental factors in Brazil as a cause.

“Colombia has been following the pregnancies of women infected with Zika after seeing widespread transmission of the virus since October,’’ it said.

Meanwhile, Brazil’s health department reported 944 confirmed cases of microcephaly, and most are believed to be related to Zika infections in the mother.

Dr. Peter Hotez, Dean of the National School of Tropical Medicine at Baylor College of Medicine, said he is not surprised by the WHO’s statement.

“The evidence is just so overwhelming and the link to Guillain-Barre has also been pretty clear.

“The only lack of clarity is the percentage of pregnant women infected with Zika who give birth to a baby with microcephaly,” which appears to be much higher than what was seen in a previous outbreak in French Polynesia.

Hotez said in recent studies, researchers have seen evidence of the virus in brain cells of stillborn and aborted fetuses.

He said they also have seen signs that the brain had been growing normally, but that growth was disrupted and the brain actually shrank.

“The latest WHO report reflects an increase in microcephaly and other fetal abnormalities in Colombia, where 56,477 suspected cases of Zika infection have been reported, including 2,361 laboratory-confirmed cases.

“The two most important factors that predict where we’re going to be start seeing microcephaly cases are presence of the mosquito that carries Zika virus and poverty.

“Haiti will be hard hit and the Gulf coast in the U.S. is similarly vulnerable,” he said.

Meanwhile, a statement from Washington said the U.S. Centres for Disease Control and Prevention would convene a conference in Atlanta on Friday to prepare for a coordinated U.S. response to Zika.

It said health officials are girding for an increase of Zika cases, especially in southern states, as the U.S. mosquito season starts.

The statement said six countries where Zika is not known to be spreading by mosquitoes have reported locally acquired infections, probably through sexual transmission.

The cities are Argentina, Chile, France, Italy, New Zealand and the U.S.

It added that to date, 13 countries or territories have reported increased incidence of Guillain-Barre or laboratory confirmation of a Zika virus infection in people with the rare autoimmune disease.