With the acceptance by all four clubs and individuals of the decisions contained in the recent League Management Company (LMC) Summary Jurisdiction notices; the league body has announced a closure of all these case treated. 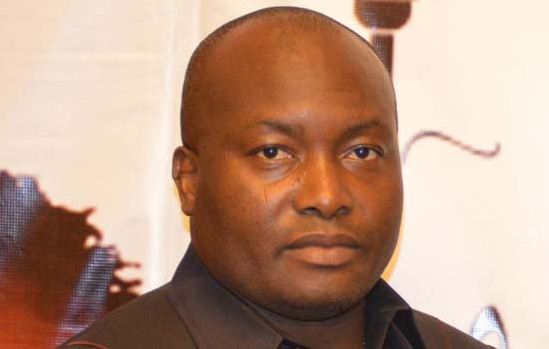 Announcing the receipt of the acceptance notices and apologies from all concerned parties, Chairman of the LMC, Shehu Dikko remarked that the sanctions were not meant to be punitive but correctional and “to uphold the sanctity of the rules of the Nigeria Professional Football League (NPFL) and to assure all stakeholders of fairness in the application of all laid down regulations.”

The chairman further stated that with the closure of all the cases, he hopes the issues will be put behind us, urging all stakeholders to redirected their focus to the beautiful sides of the NPFL games even as the lessons will remain with us to avert future occurrence from any quarter.

Heartland FC, FC Ifeanyiubah, Plateau United and Sunshine Stars of Akure were the clubs sanctioned by the LMC for various infractions of the NPFL rulebook ranging from failure to control players and allowing access to unauthorised areas and security breaches at match venue leading to acts capable of bringing the league to disrepute.

Individuals sanctioned include the Proprietor of FC Ifeanyiubah, Dr. Ifeanyi Ubah, Heartland’s goalkeeper, Ebele Obi and the Media Officer of Rangers International, Mr. Forster Chime who was fined for comments disparaging a Referee.

Dr. Ubah in a letter accepting to submit to the summary jurisdiction of the LMC pledged not to appeal the decision and offering an unconditional apology to the LMC, FC IfeanyiUbah fans and the football community while explaining that his actions were due to his overriding passion for the NPFL and its development. He explained in the letter that he was moved to intervene by the actions of Heartland players towards the referee after the match with FC Ifeanyiubah in Nnewi, an action which led to some over reaction that he regrets.

“May I conclude by rendering my unconditional apology to my numerous fans nationwide and in Diaspora for the incident and outcome. To the football family and the LMC, I promise to uphold the tenets of the game while promising to remain a good ambassador of the sport. To those who feel disappointed by the outcome, I plead that you find a place in your hearts to forgive me. With a deep sense of humility, I ask Nigerians for their support and encouragement as I wish to state categorically that this will never repeat itself again as dire lessons have been learnt,” Chief Ubah wrote in the letter dated April 2 and addressed the LMC Chief Operating Officer.

The club, FC Ifeanyiubah also wrote separately to accept the N500, 000 fine imposed on it for failure to ensure adequate security immediately after the Match Day 8 fixture in Nnewi against Heartland.

Heartland had earlier in accepting the decision of the LMC pleaded for a reduction of their N750, 000 and leniency for goalkeeper Ebele Obi who was banned for six matches. The club through the General Manager, Oscar Keke had also pleaded on grounds that Heartland was a first offender that has never been previously known or charged with unruly behaviour of its players.

Sunshine Stars of Akure in its acceptance letter signed for the club President by one Aderemi Adetula pleaded for extension of time to apprehend and prosecute the thugs alleged to have attacked officials of Shooting Stars Sports Club and disrupted television broadcast coverage of the Match Day 9 fixture in Akure. Sunshine was fined N5, 000, 000 for the stoppage of broadcast coverage but the club has made a representation to the LMC for a reduction on the fine.

Chime, the Rangers International Media Officer acknowledged his wrongdoing and apologized to the LMC pledging to henceforth abide with the codes of behaviour prescribed for club officials in the Nigeria Professional Football League (NPFL) Rules and Framework.

In a letter of acceptance of the LMC Summary Jurisdiction notice served on the club sequel to their Match Day 9 fixture against MFM Fc in Jos, Plateau United apologised and pledged to ensure adequate security at the Rwang Pam Stadium in their remaining home games of the season. The club however asked to be allowed to pay the fine in installments.

It can be recalled that Dr. Ifeanyi Ubah was given a 10-match ban by the League Management Company (LMC) on Thursday last week for assaulting Heartland goalkeeper, Ebere Obi, after FC Ifeanyiubah’s Week 8 league match, which the won 1-0.