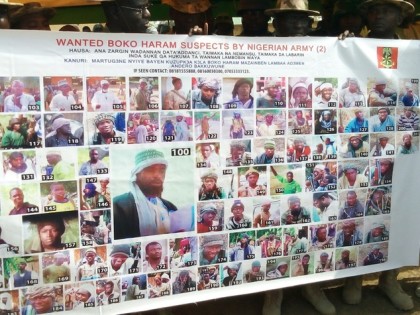 You may recall that last week, this Service informed the public of the arrest of Khalid AL-BARNAWI, known for his leadership and notoriety in terrorism activities in Nigeria. Nigerians were also informed of his talent-spotting and recruitment of young people into the Ansaru/Boko Haram terrorist groups. With the arrest of AL-BARNAWI, the Department of State Services (DSS) has made an uncommon success in the decimation of these groups and their leadership. Similarly, the Service wish to inform that it has further arrested Bello DANHAJIYA, a close associate and presumed second in command to AL-BARNAWI.

2. DANHAJIYA is a Fulani from Zamfara State and a strategic accomplice of AL-BARNAWI. Preliminary investigations have disclosed his involvement in gun-running, cattle rustling and other nefarious criminal activities principally on the directives of his commander, AL-BARNAWI. So far, efforts are being made to conclude the investigations and commence prosecution in line with the law.

3. In another development, this Service, worried by the spate of impersonation of government officials and the increasing rate of defrauding of unsuspecting members of the public by some unscrupulous elements, launched detailed investigations aimed at checking the situation. The Service therefore wish to inform the public about the outcome of these successful operations which have led to the apprehension of the following suspects:

4. Aminu ADO: ADO was arrested on 24th March, 2016 at Keffi Nasarawa State. He confessed to defrauding T.Y. DANJUMA (Lt. Gen/Rtd) of N1m in 2015 and wife of Akwa Ibom State Governor of three Hundred thousand Naira in collaboration with one Hajia AISHA (FNU), who impersonated the wife of former Gombe State Governor, Danjuma GOJE. In addition, he confessed to defrauding members of the public by claiming to be the Chief Security Officer (CSO) to the President. Further investigation revealed that ADO had the mobile phone numbers of all the Federal Executive Council (FEC) members, some State Governors, their wives and Aides as well as that of prominent Nigerians and Military/Police Officers.

5. David Ali MICHIKA: Subject is a 43-year old from Jimeta, Adamawa State but resides at Ungogo LGA of Kano State. He once lived in Riyad, Saudi Arabia for ten years as an illegal immigrant until he was deported in 2008. He was arrested in Kano for impersonating the Secretary to the Government of The Federation (SGF). MICHIKA had called several high ranking Government officials soliciting for funds to settle spiritualists (Mallams) for prayers rendered for the success of the APC in the 2015 general election and for peace in the nation.

6. Umar HAMZA: HAMZA is a 39-year old school teacher from Tarauni LGA of Kano State. He was recruited by MICHIKA to act as the spiritualist based in Niger Republic to be paid for the service rendered. He received calls from the victims while pretending to be the spiritualist.

7. James Malu AKUNE: AKUNE is a 40-year old male from Tarka LGA of Benue State. He claims to be a contractor with business interests in China and USA. He paraded himself as the brother to the Minister of Niger Delta Affairs and defrauded people on false promises of contracts. He equally arranged to get contract for companies from the victim Support Committee for the North-East, headed by T.Y. DANJUMA. Before his arrest, AKUNE called Contractors and promised them appointment with the Minister of Niger Delta Affairs.

8. Kazeem Kayode USMAN: USMAN was arrested in Lagos on April 12th, 2016. He has been on the trail of security agencies for the impersonation of Abba KYARI, Chief of Staff to the President.

9. It is instructive to note that these suspects opened and operated bank accounts through which they collected various sums of money from their victims. A major revelation to this effect is the haste with which banks opened accounts for prospective customers without ascertaining their genuine personal details. Another noticeable trend is the spread of impersonators who adopt different illegal means to defraud their victims. The public is to take note of this trend and report such suspicion persons to appropriate security agencies.

10. This Service wish to re-emphasize its commitment to the safety of all law abiding citizens and residents and will continue to decisively deal with those who have chosen to be on the wrong side of the law.