Gay Couple Fight’s For Right To Marry In China

China’s first case by a same sex couple seeking the right to marry was dismissed by a Judge in the central province of Hunan on Wednesday, 13th April in Beijing

The couple was suing the local Civil Affairs Bureau in Changsha city for refusing to issue them a marriage registration certificate.

“We are all dissatisfied with the result and I will appeal,” 27 year old plaintiff, Sun Wenlin, told the newsmen after the court session. 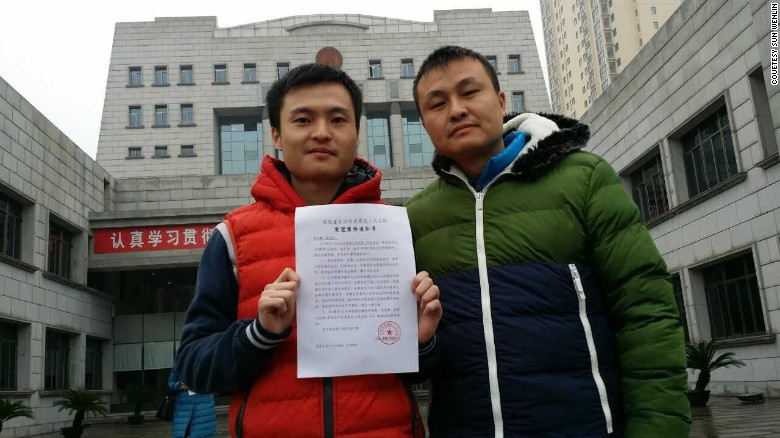 He added that his mother was in court to support him.

His lawyer, Shi Fulong, said that he expected the outcome but was surprised that the judgment was announced so quickly.

“The case opened and closed this morning, we lost, the reason given was that according to the Marriage Law, only a man and a woman can marry,” Fulong said.

Wenlin said earlier that the wording of the law did not say man and woman, but husband and wife.

“I personally believe that this term refers not only to heterosexual couples but also to same-sex couples,” he said.

His lawyer said that the judgement would be ready between the next 10 days, saying “we will receive the written judgment within 10 days and we will appeal within 15 days after we get the paper,”Fulong said.

Several hundred supporters were gathered outside the courthouse on Wednesday morning, mostly local Chinese but a few foreigners.

“Today when we walked out of the court, people were boiling mad and they shouted go for it.

“Some of my friends told me that my case has encouraged them, although they still don’t dare to come out,’’ Wenlin said.

China’s lesbian and gay rights movement has been growing since the early 2000s, aided by internet forums allowing formerly isolated individuals to form a community.

Homosexuality was a crime in China until 1997 and classified as a mental illness until 2001. (CNN/NAN)