I Am Yet To Receive Court Order On NFF Presidency – Solomon Dalung, Sports Minister 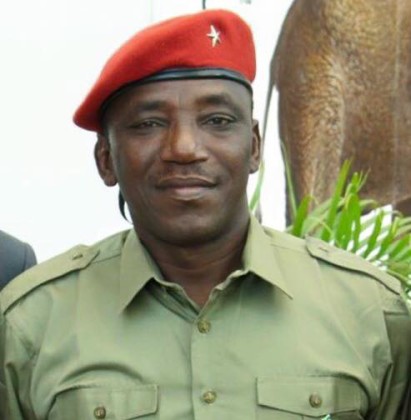 The Minister of Youth and Sport, Solomon Dalung, said on Wednesday he was yet to receive any court order nullifying Amaju Pinnick’s Nigeria Football Federation (NFF) presidency.

Dalung said this at the NFF Extra-Ordinary General Assembly in Abuja that he has not been informed of any court decision. He said as a lawyer and a Minister of Sports, he said that he has not received any court order till today.

The Minister said that all court orders served on him were all dated 2014.

He appealed to all of seated at the general assembly, to be sincere to themselves.

He urged the football family to go back and put itself in order.

It will be recalled that on April 7, a Federal High Court in Jos, Plateau State, had nullified the election that brought NFF President, Amaju Pinnick and his board into office.

Dalung said he was not in a position to elect or impose a president on the federation, hence the need for the football house to find a way to resolve its issues.

He said that the Pinnick-led board had 30 days within which to appeal after which the court order would be enforced.

Dalung urged the NFF board to remain focus to the cause of football adding that the Chris Giwa led board should allow Pinnick to exercise his right.

He also urged the media not to destroy football in the country with stories that do not exist.

Earlier, Pinnick called on the minister to use his good office to bring on end to the battled in the glass house adding that it was not good for the development of football in the country.

Pinnick said that in the past two to three days the federation had lost sponsors for many games.

It can be recalled that the Chris Giwa led board addressing a news conference said that the court order had been made available to the minister.