The Nigeria Police Force said it has sanctioned 20 officers of various ranks across the country for misconduct, following complaints from members of the public through its Complaint Response Unit (CRU) between November 2015 and March. 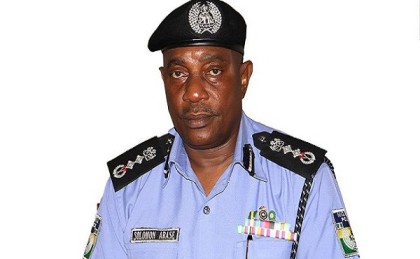 The Officer in Charge of the CRU, CSP Abayomi Shogunle, disclosed this in an interview with the News Agency of Nigeria (NAN) in Abuja on Wednesday.
“In the report we released in the first 100 days and up till now, about 20 officers with different ranks have been sanctioned across the country,’’ he said.
Shogunle said the officers have gone through the various disciplinary procedures in the force.
He said that between from January to March 31 the CRU received and processed 1,054 complaints from across the 36 states including the FCT.
Shogunle said that Lagos state top the complaint chart with 239 complaints representing 22.68 per cent; FCT 190 complaints, representing 18.03 per cent; Rivers with 100 complaints or 9.49 per cent.
He noted that the unit received only one compliant each from Ekiti, Sokoto and Yobe states, representing 0.09 per cent.
He said that out of the number of complaints received, 899 cases were resolved and after investigation, 96 cases were discovered to be false while 59 cases were pending.
Shogunle said that during the period under review, 21 distress calls were received by the unit.
He said that there was a consistent decline in the number of complaints from Ebonyi, Benue, Oyo, FCT, Zamfara, Ogun, Bayelsa, Niger, Ondo and Yobe sates.
Shogunle attributed the decline to the sanction against erring police officers that had deterred others from committing same crime.
He said that the unit would make recommendations to the Inspector-General of Police on how to address the rising cases of complaints in some states.
“We are still studying the reports and in the coming days we are going to make appropriate recommendations to the Inspector-General of Police on how the situation can best be addressed,’’ he said.
He said that one of the challenges of the unit had been the inability of the unit to create more awareness among the grass roots.
Shogunle said that basically the unit had partnered with the media to help in disseminating activities of the unit at the rural areas.
He said that using the various police formations to create awareness would be counterproductive.
The officer in charge said that with time most Nigerians would be aware of the existence and importance of the unit.
He said that the establishment of the unit had minimised complaints against the police and also changed the ways members of the public interact with the police.
“I can conveniently say that the CRU has significantly changed the way members of the public and police interact with each other,’’ he said.
He advised members of the public to always obey the police officer and report any misconduct through the platforms provided by the unit.
NAN recalls that the Inspector-General of Police, Mr Solomon Arase, inaugurated the unit on Nov. 13, 2015. (NAN)

NEWER POSTCar Parking and The battle for space in the FCT
OLDER POSTBuhari, Emefiele Sign Currency Deal With China, an Act to Crash Dependence on The US Dollar