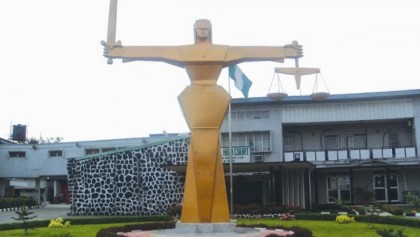 Sheikh Ibraheem Zakzaky, leader of the Islamic Movement in Nigeria (IMN) has approached the Federal High Court, Abuja to seek for his unconditional release from detention.

Mr Festus Okoye, counsel to the IMN leader, who announced this on Wednesday at a press conference in Kaduna, said the suit was filed on April 12.

He said that his client is asking the court to enforce his right to life, personal liberty, freedom of movement, dignity of the human person and right to private and family life.

The counsel said joined in the suit instituted against the Federal Government was the Nigerian Army, Chief of Army Staff, Lt-Gen. Tukur Buratai, Director-General, DSS, Inspector-General of Police , and the Attorney General of the Federation.

According to him, Femi Falana (SAN), Festus Okoye and Maxwell Kyon would serve as El-Zakzaky’s legal team in the suit No FHC/ABJ/CS/247/16/.

“Our Client is also seeking an order of the court to compel the respondents jointly and severally to pay to him the sum of N3 billion as general damages for the illegal violation of his fundamental rights to life, dignity of his person, fair hearing, privacy and private property.

“The applicant is seeking a declaration that the violent invasion of his private residence at No 1 Wali road, Gyallessu, Zaria in Kaduna State on December 14, 2015 is a flagrant violation of his fundamental rights to privacy and private property as guaranteed‎ by the Constitution.

“A declaration that shooting of the applicant by armed soldiers who are members of the 1st respondent on Sunday, December 14, 2015 at his residence is illegal and unconstitutional.

“A declaration that the cruel, inhuman and degrading treatment meted to the applicant by armed soldiers who are members of the 1st respondent is a flagrant violation of his fundamental right to dignity of human person as guaranteed by the Constitution.”

He also wants the court to declare the alleged killing of his three children namely: Hameed Ibrahim (18), Ali Haidar Ibraheem (16), and Humaid Ibraheem (14) as illegal and unconstitutional.

Okoye further said that his client had asked the court to declare that his arrest and continued detention as a violation of the Constitution.

He said they had requested the court to restrain the respondents from further arresting, detaining or harassing the applicant in any manner without lawful justification.(NAN)

NEWER POSTSee What Order And Discipline Did To China – Femi Adesina
OLDER POSTNLC Demands Refund of Illegal Salaries from Ex-Governors, Senators and Others