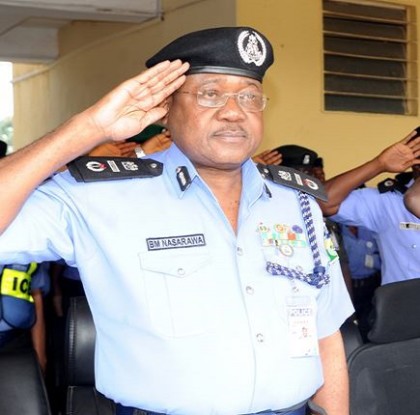 Mr Ballah Nasarawa, Assistant Inspector General of Police (AIG), zone 7, on Friday said a total of 458 suspected criminals have been arrested in Kaduna State, in the last 10 days.

The AIG who relocated to Kaduna following a directive from the Inspector General of Police (IG) in the spate of the increased kidnappings and other criminal activities in the state.

Part of his mandate was to rid the state of criminals, reorganise and streamline police operation in the state.

Nasarawa said at a news briefing in Kaduna that among those arrested were 27 suspected kidnappers including those who abducted three Reverends, and a director in Dangote Group.

The police chief said one car snatcher was apprehended while attempting to sell a 4-wheel runner jeep with registration GGE 222 AM.

Nasarawa added that a suspected cattle rustler was also arrested by the police and that 71 cattle and 33 sheep were recovered from him.

The AIG said that the 548 suspects arrested in various raids across the state “are being interrogated and profiled.”

He said that the police had identified many criminal hideouts of armed bandits including “renowned car snatchers” and receivers, and promised to bring them to book.

The AIG announced that the reorganisation may be concluded by next week and that the process will see the transfer of many policemen out of the Kaduna State Police Command.