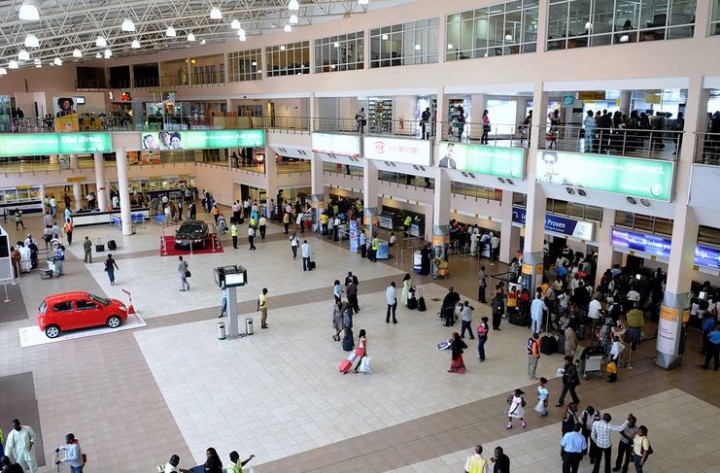 The National Drug Law Enforcement Agency (NDLEA) on Friday said it recovered 193 wraps of substance suspected to be cocaine inside a passenger’s socks at the Murtala Muhammed International Airport (MMIA), Lagos.

This is contained in a statement issued and signed by the agency’s spokesperson, Mr Mitchell Ofoyeju and made available to newsmen in Lagos.
According to the statement, the drug which tested positive for cocaine with a total weight of 3.4 kilogrammes was detected during routine screening of passengers on an Emirates flight from Dubai.
The statement quoted the NDLEA Commander at the airport, Ahmadu Garba, as giving the name of the suspect as Samuel Maduewesi.
“During screening of passengers at the arrival hall, officers noticed that he had some items attached to his legs.
“It was cleverly done but not good enough to escape our notice.
“When his socks were pulled down, suspected wraps of narcotics found to be cocaine fell down on the floor.
“He was immediately arrested and taken for further investigation,’’ the statement said.
The statement also quoted the Chairman of the agency, Mr Muhammad Abdallah, as calling for stringent monitoring of Dubai-Lagos route by officers.
“This is an interesting arrest and I commend the officers for the discovery.
“Dubai-Lagos route is gradually gaining notoriety and we are monitoring it closely.
“Let me assure members of the public that the NDLEA is working very hard in preventing illicit drug production, trafficking and abuse in the country,’’ Abdallah said.
The agency said that the suspect would be charged to court soon.