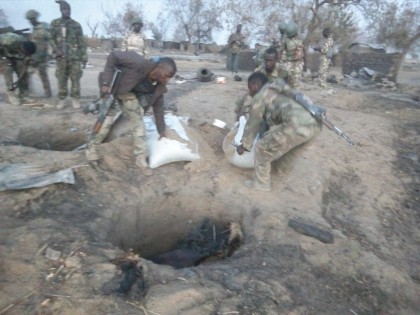 The essence of the operation was stop the reported criminal activities of remnants of Boko Haram terrorists hiding in the three villages. This became necessary as previous efforts were futile. The suspected terrorists kept coming in search for food, water and shelter.

The surprised dawn attack yielded positive result as the troops discovered well concealed observation posts on trees in the villages constructed by the terrorists to give them early warning of troops movement or approach. 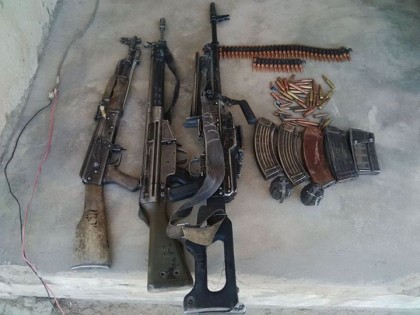 In addition the troops found out that the observation posts though tree tops, were constructed in such a manner with chairs and ropes to pull up foods and other needs by the sentry without necessarily coming down the trees.

To also save for the rainy day, the terrorists had underground food storage facilities where they stocked large quantity of foodstuffs. The troops killed 2 Boko Haram terrorists and also recovered 3 AK-47 rifles, magazines and ammunitions. They also recovered 2 motorcycles from them. In addition they rescued 2 children from the terrorists.

Thank you for your cooperation.