No National Grazing Bill pending before us ~Senate 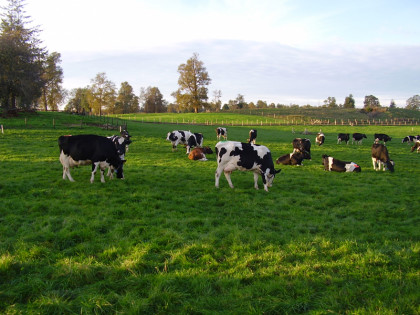 The Senate on Tuesday said there was no National Grazing Bill pending before it as has been reported in the media.

Chairman, Senate Committee on Rules and Business, Sen. Babajide Omoworare, disclosed this in a statement he issued in Abuja after plenary on Tuesday.

“Several distinguished senators of the Federal Republic of Nigeria have been inundated with the request by members of the public concerning a National Grazing Bill in the Senate.

“This is to clarify that no such Bill has been presented by the Executive arm of government and none has so far been filed by any senator of the Federal Republic of Nigeria in the 8th Senate.

“For the avoidance of doubt, a `National Grazing Reserve Establishment and Development Commission Bill (SB. 60)’ was presented by Senator Zaynab Kure (Niger Central) during the 7th Senate (2011–2015).

“That Bill has now expired by the operations of law on the 6th June, 2015, in furtherance of Section 64(1) of the 1999 Constitution of the Federal Republic of Nigeria as amended,” he said.

The News Agency of Nigeria (NAN)) recalls that earlier at plenary, Sen. Eyinaya Abaribe (PDP Abia South) while on a Point of Order also pointed out there was no such bill.

He had said that he had been called by many of his constituents over the bill, and urged that the senate should come out with clarifications “so that Nigerians can know the true position’’.

The News Agency of Nigeria recalls that the online media have been awash with reports that a Grazing Reserve Bill is before the Senate and has passed second reading. (NAN)