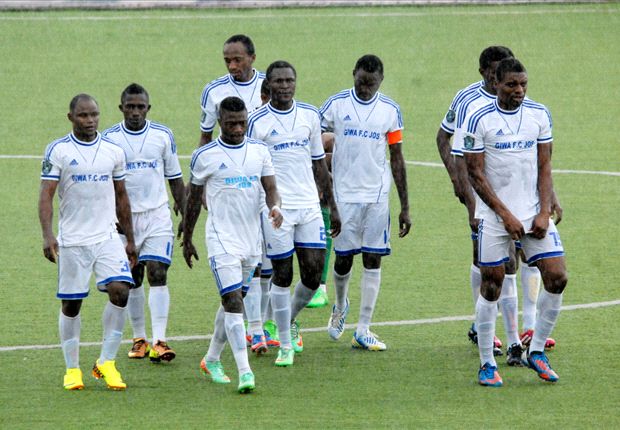 LMC fined the club various sums of money amounting to N6.75 million and ordered the team away from its home ground for now.

This was disclosed in a statement by the league organisers on Tuesday in Abuja.

The Jos-based club is also to play its next three home matches at the Ilorin Township Stadium.

It will also play its remaining home matches behind closed doors, while its supporters have been banned from visiting other league venues.

LMC is an affiliate of Nigeria Football Federation (NFF) which the club’s owner, Chris Giwa, is currently engaged in a court battle with.

The sanctions were however handed down in relation to the club’s Match Day 12 fixture in the 2015/2016 Nigeria Professional Football League (NPFL) played on Sunday in Jos.

The club’s supporters had disrupted the match against visiting Rangers International FC of Enugu, forcing the game to be abandoned in the 74th minute with the away side leading 1-0.

The supporters had, among other acts, thrown objects towards the field of play, as well as the Second Assistant Referee, thus causing disturbances in breach of Rules B13.21.

LMC said the sanctions were imposed on the team after a careful study of the match report and assessment of video evidence.

The statement said that some supporters of the club disrupted the fixture severally by hauling dangerous objects on the field aimed at the Second Assistant Referee, forcing the Referee to finally call off the match on the 74th minute.

Apart from a fine of N5 million, LMC also fined the club N500,000 for failing to ensure adequate security, crowd control and preventing access by unauthorised persons to restricted areas.

Giwa FC got another fine of N750, 000 for failure to control their players and officials, in line with the provisions of Rules C9.

“For the assault on the Match Commissioner and Referee, Giwa FC was fined N500, 000 in line with Rule C12.

“The LMC also fined the club’s Media Officer, David King, N100,000 for breach of Clauses 1.1 and 1.5 of the code of conduct for club officials.” The statement said.

LMC then ruled that the match would be concluded behind closed doors from the 74th minute on April 27 at the Abuja National Stadium starting from 1-0 in favour of Rangers.

The statement also said that the LMC reserves the right to lift the ban at any time on the condition of receipt of firm and satisfactory assurance and commitment guaranteeing the responsible behaviour and orderly conduct of the club’s supporters.

LMC also asked the club to ensure, within the next seven days, that it apprehends one Goje and his co-culprit identified as Apiya.

It said the duo must be prosecuted by the relevant security agencies for allegedly assaulting the referee.

“Failure of which a fine of N25,000 per day shall accrue, until such time the offender is apprehended and charged to court.

“LMC has received reports that the two supporters are notorious for acts of violent assault on match officials and are said to be serving a two-year match ban before the incident of last Sunday.

It said that a suspended two-point deduction has been imposed on Giwa FC which will be triggered should there be any subsequent incident of disturbances by the club’s supporters for the remainder of the season,’’ the statement added.

The club was given 48 hours within which to indicate in writing the acceptance of the exercise of Summary Jurisdiction or elect to appear before a commission.