The President of the Nigeria Referees Association, Tade Azeez, has said that the Nigeria Football Federation (NFF) should hire a foreign coach to re-position the Super Eagles. 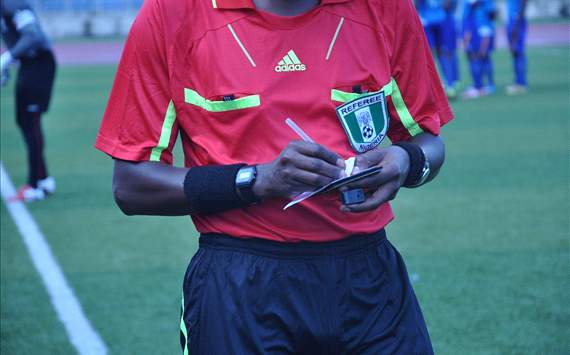 The President said this in an interview with the News Agency of Nigeria (NAN) in Ilorin.

He said that hiring a foreign coach was the only way for the NFF “since indigenous coaches cannot separate coaching from business”.

Azeez said that indigenous coaches usually had their biases for some players, making such players to feature in tournaments, not minding the implication for the team.

“If the board believes they can get a foreigner that will work very well and they know that they have a way of paying the salaries without affecting them, I support the agitation for a foreign coach.” He said.

He described home based coaches as businessmen, who have interest in one player or the other to make money and t force such players on Nigerians.

The Super Eagles have been without a substantive coach since the sudden resignation of Sunday Oliseh.
On April 20, the NFF named a Technical Director, Shaibu Amodu, and Salisu Yusuf to take charge of the Super Eagles on interim basis.

The duo are expected to lead the Eagles to two international friendly matches against Mali and Luxembourg’s national teams on May 27 and June 1, respectively.

Yusuf is to take charge of the team, while Amodu is to supervise.

To assist the duo are the coach of Rangers International FC of Enugu, Imama Amapakabo, and Kennedy Boboye, the coach of Abia Warriors FC of Umuahia. Aloy Agu remains the goalkeeper trainer.

The match against Mali is to take place at Stade Robert Diochon in Rouen, France, while Luxembourg will host the Eagles in Luxembourg.