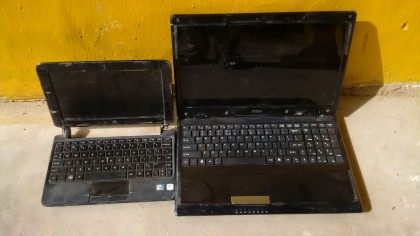 On Friday 29th April 2016, troops of 7 Division Strike Group Team B attached to 22 Brigade, again embarked on aggressive mobile fighting patrol in support of the ongoing offensive operations in Sambisa forest. This is in its bid to finally bring the terrorists’ insurgency to an end. In the process, the gallant troops have once again dealt heavy operational blow on the Boko Haram terrorists logistic cells.

The troops invaded Yerwa and Kaluketu, where the Boko Haram terrorists kept rustled cows. The troops also attacked and cleared an enclave which they called “Abuja town” named after Nigeria’s capital city reflecting its significance and bustling life, as well as serving as their Logistics exchange point in the North East. 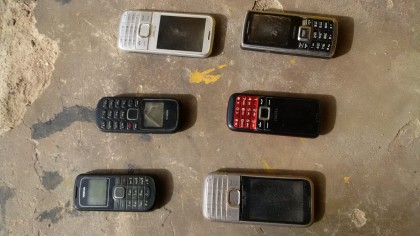 During the operation the troops killed 4 Boko Haram terrorists and recovered 2 AK-47 rifles with registration numbers 58010938 and 58008270 respectively. The troops also recovered 29 rounds of 7.62mm (Special) ammunition, 1 Dane gun, 1 Bow and Arrow, 2 Laptop computers and 6 mobile telephone handsets. Others include a big truck and 5 motor cycles.