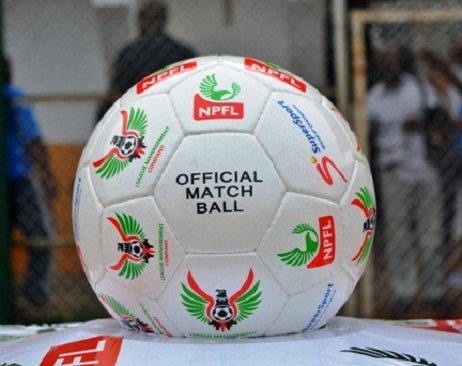 The Match Day 14 fixtures in the 2015/2016 Nigeria Professional Football League (NPFL), played over the weekend witnessed some dramatic moments.

Match Day 14 produced astonishing results, as champions Enyimba slipped at home and Rivers United put spanners in the works of table-topping Rangers, who are seeing a first league title in 32 years.

The Enugu side maintain a three points advantage at the top, despite a disappointing outing away from home.

Enyimba and Rangers made the headlines for dropping points, but their mishap could not divert the attention of NPFL fans, who switched to the Akure Township Stadium for the battle between Sunshine Stars and visiting Kano Pillars.

Adamu Mohammed settled the contest in the 82nd minute, stunning the home fans to hand Pillars a famous 1-0 win away. The win move Pillars to second on the log, in a season the Kano side believe they can wrestle the title away from Enyimba as well as other contenders.

Rangers International kept their place on top of the table, despite falling 1-3 away to Rivers United at the Yakubu Gowon Stadium, Port Harcourt. Bernard Ovoke got Rivers United in front in the 17th minute from the spot, before Christian Weli doubled the advantage in the 21st minute. Ovoke got his brace just before half time.

The visitors rallied back in the second half, and for an early lifeline in the 47th minute, when Gabriel Olalekan turned the ball into his own net.

Rangers poured forward in search of goals but lost out despite dominating possession, with Chisom Egbuchulam and John Aguda wasting credible opportunities late on.

Enyimba FC failed to secure a win at home, as they had to force Lobi Stars to an entertaining 2-2 draw at the Umuahia Township Stadium.

The champions took the lead through Abu Azeez in the 28th minute. Nanen Imenger levelled terms for the visitors in the 44th minute. Solomon Kwambe sprung Lobi to the lead, seven minutes after the restart.

In Ibadan, Ibeh Johnson’s late equalizer shared the spoils between Shooting Stars and Plateau United. Wasiu Jimoh blew an opportunity to put his side in charge, when he dragged his shot off target from the spot, after an opposing defender had handled the ball inside the area.

United took the lead in the 27th minute through Joshua Obaje, before Tope Orelope levelled from a penalty five minutes later. Wasiu Jimoh put the home side ahead in the 37th minute, before Ibeh stunned in the equalizer almost at the death.

Bolaji Adeyemo broke the deadlock at the Confluence Stadium, Lokoja, as Niger Tornadoes defeated El-Kanemi Warriors by a lone goal.

Earlier on Saturday, Ikorodu United secured their first win in 12 games with a 3-1 win over Heartland FC of Owerri, at the Agege Stadium.