Head Coach of the Nigerian under-23 male football team, Samson Siasia, has said he was going to change his disposition to players’ release from the national camp henceforth. 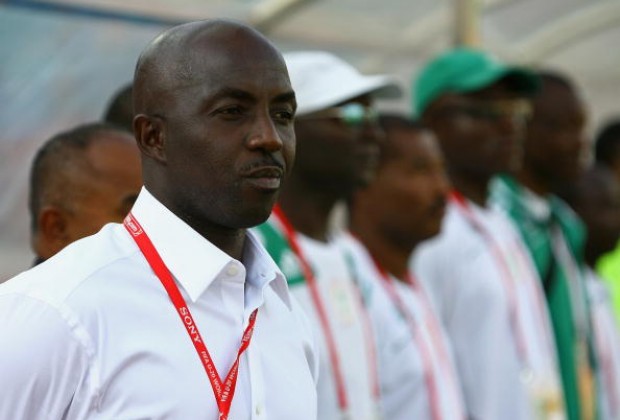 Speaking after Tuesday’s training at the Abuja National Stadium’s practice pitch, Siasia said this was necessary as their preparations for the Rio Olympic Games men’s football tournament heighten.

He declared that he would from Monday no longer release any player from the national camp to feature for their clubs during Nigeria Professional Football League (NPFL) midweek matches.

The former Super Eagles chief coach said he barely had enough number of players in camp to start real preparations for the Olympics, which is barely three months away.

The News Agency of Nigeria (NAN) reports that the Olympic Games is scheduled for Aug. 5 to Aug. 21, with the football event holding from Aug. 3 to Aug. 20.

“I must confess that it has not been easy for me and my technical crew.

“A lot of the players we need to work with won’t report to camp as at when due because their club chairmen will always call me to beg that these players stay back to play midweek games.

“I understand their plight that they need these players to do well in the league, but then we must draw a line between national interest and club interest.

“I have always built the foundation of my team on the home-based players. So, it is players I have at my disposal that I will work and plan with,’’ Siasia said.

He then appealed to all those who might be affected by the decision to bear with him and his colleagues for now.

“So, I am appealing to all involved to please bear with us, because from next week, I will not release any player for midweek games.’’

Siasia however warned that players whose clubs failed to release them appropriately for camping would be out of his plans.

“If the clubs cannot release these players, then I am sorry. No matter how good these players are, they cannot be part of my plans.’’

The coach said his call for understanding was coming on the heels of his team’s preparations for the South Korea Invitational Tournament coming up early June.

He said he needed to pick players who would do the nation proud and put them in the mood for the Games.

“From the information at my disposal, we are supposed to be traveling on May 29 to Seoul.

“It means we have barely three weeks to prepare adequately for that competition which will have in attendance other teams which would be going to the Olympics.”

Siasia said he would soon release the names of foreign-based players expected to be part of the preparations.

He said he had delayed announcing their names because he had not been able to get assurances from their clubs on their release for the Games.