Army Warns Media On Negative Reports In The Fight Against Terrorism

The Nigerian Army has cautioned media practitioners over negative reports in the country that would deter the ongoing war against terrorism and insurgency in the North East. 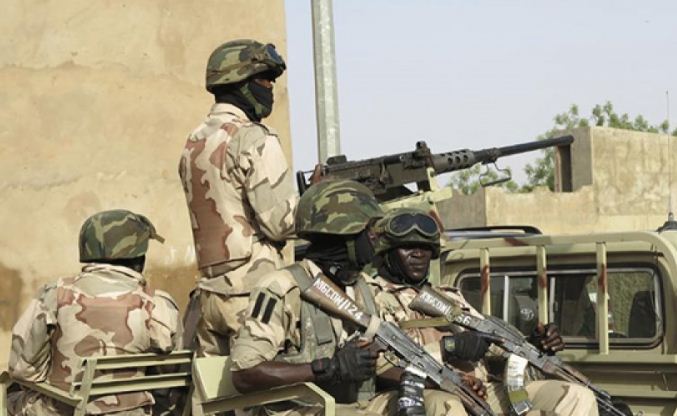 General Officer Commanding (GOC), 7 Division of the Nigerian Army, Brig.-Gen. Victor Ezugwu, stated this while speaking to the press in Maiduguri on Monday.

Ezugwu said that the call became imperative because the media had great role to play in the success of the anti-terror war in Nigeria.

He said what the media tell the people should be positive, in order to get maximum support from them.

Ezugwu said that the military had recorded tremendous successes against the terrorists lately.

“I was privileged to be with the troops some few days ago in Sambisa, they are very professional in their approach to the task and objectives given to them.” He said.

Ezugwu added that so far so good, the troop are on top of the situation, though a very different ball game now;

he said, they are better equipped, well coordinated, with the Air Force playing its role too.

GOC said the army now have information moving from the air to ground forces, and that the teams are working in synergy and the result is very obvious.

He however lamented that some media reports had been discouraging on the issue.

Ezugwu pleaded with the media to be very positive towards the course and towards the anti-insurgency fight that we the military is conducting.