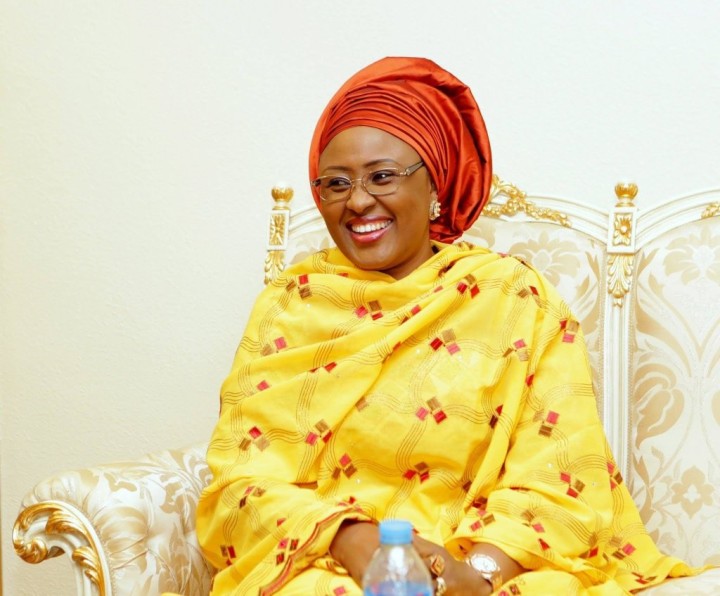 The Wife of the President, Mrs Aisha Buhari, on Tuesday in Abuja, presented N55 million cheque to parents of the missing Chibok school girls and as well as the parents of the murdered Buni Yadi boys by Boko Haram terrorists.

She said the presentation of the cheque was part of her promise that proceeds from the book she launched on “Essentials of Beauty Therapy’’ would be used to empower parents of the chibok girls and Buni Yadi boys.

She added that “the day I launched my book, I promised that the proceed will be used to empower the parents of missing chibok girls and the Buni Yadi boys.

The president’s wife said the rest of the proceed would be used to take care of Internally Displaced malnourished children.

The Wife of the Vice President, Mrs Dolapo Osinbajo, commended Mrs Buhari for the gesture, saying “this shows the quality of a good leader.”

She said “government attached great importance to the issue of Chibok girls and security of the country and that is why people could move around freely in the country today.”

She said the missing Chibok girls case was a global issue as the whole world was involved to ensured that they were found and reunited with their parents.

The Chairman of Abducted Chibok Girls Parents, Mr Yakubu Nkeki, said 19 of the more than 200 parents of the missing Chibok girls had died.

He urged the government to put extra effort to get back the girls soon in good health, saying “we, the parents of the girls are not happy about the situation as over two years now we didnt hear anything about their whereabouts.”

He, however, commended government for all efforts toward finding the girls and bringing peace to the North East as many in the region had returned home, adding that “we still believe that the girls are alive.

“Now, we can sleep in our houses peacefully without any attack by the insurgents in the Chibok area. This is a clear indication that insurgency will soon come to an end,’’ he said.